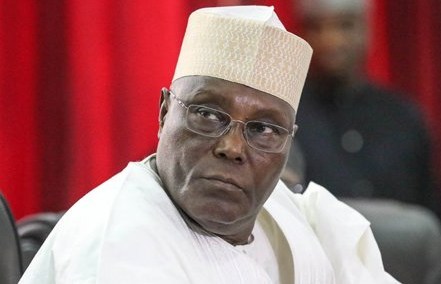 THE International Consortium of Investigative Journalism (ICIJ) has mentioned Atiku Abubakar, Nigeria’s former vice-president and one of his current four wives, Rukaiyatu Abubakar in a trillion of dollars global corruption case.

The ICIJ together with PREMIUM TIMES and 108 media organizations conducted the investigation by keeping tabs on Politically Exposed Person (PEP) in over 170 countries to expose how trillions in tainted dollars flow freely through major banks, swamping a broken enforcement system.

As a Politically Exposed Person (PEP), Atiku Abubakar and his family members were part of the people placed under close watch by the Financial Crimes Enforcement Network (FinCEN), an agency of the US Department of Treasury.

The FinCEN flagged some transactions linked to these PEP as suspicious during its surveillance on money movements within the international financial system.

The investigation which involved 16-month collaborative work with more than 400 journalists exposed how huge funds linked to Atiku may have been moved across international jurisdictions using shell companies.

The investigation also shows how files including a large number of suspicious-activity reports, SARs, filed by banks and other financial institutions to the US Government as required by the Bank Secrecy Act., with the total amount in suspicious transactions reported being $2 trillion ($2,099584,477,415.49).

According to the report, on March 5, 2012, Rukaiyatu Abubakar’s Guernsey Trust Company Nigeria sent more than $1 million to a company in the United Arab Emirates, Tanjay Real Estate Brokers.

The report says GTCN exists to “manage a blind trust” for Atiku Abubakar’s benefit, according to documents received by the U.S. Senate.

The bank’s Dubai branch explained to the office in New York that the payment was to buy an apartment and that the Dubai branch was “unaware of any existing relationship or affiliation between Tanjay and the Abubakar family.”

Habib Bank reported the transactions because they “crossed multiple high-risk jurisdictions” and because “public sources revealed that there have been numerous investigations of Abubakar … linking him to corruption allegations.”

SARs reflect the concerns of compliance officers and are not necessarily indicative of criminal conduct or other wrongdoing.

The Abubakars didn’t respond to an ICIJ request for comment sent to Atiku Abubakar’s spokesman.

It would be recalled that Atiku’s name was also mentioned in the Halliburton Bribery Scandal as well as in the much publicised Panama papers.

'Niyi worked with The ICIR as an Investigative Reporter and Fact-checker from 2020 till September 2022. You can shoot him an email via [email protected] You can as well follow him on Twitter via @niyi_oyedeji.