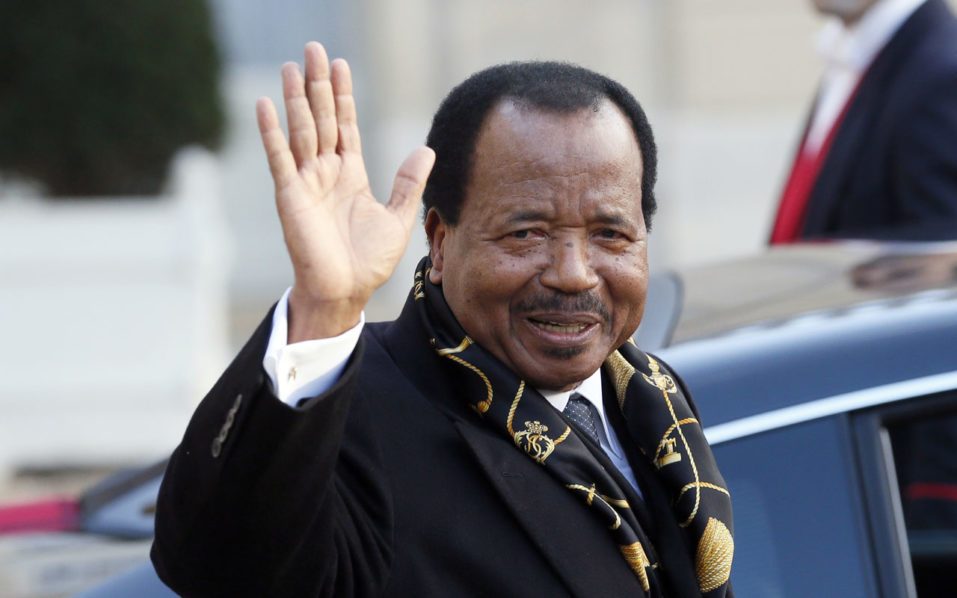 Cameroon’s President Paul Biya, Africa’s oldest leader, has won the election by a landslide to rule for another seven years, according to the official announcement made by Cameroon’s Constitutional Council.

At 85, Paul Biya is the oldest leader in sub-Saharan Africa. The win gives him another seven years in office and bolsters his place as one of Africa’s longest serving rulers after President Teodoro Obiang Nguema of Equatorial Guinea who is in his thirty-ninth year in office.

He won 71.3 per cent of the votes, but opposition candidates have said the election was marred by widespread fraud, a low turnout and violence.

Mr Biya’s closest rival, Maurice Kamto of the MRC/CRM, polled 14.2 per cent. Paul Biya took the majority of votes in all but one of Cameroon’s ten regions, losing out to Mr Kamto by a small margin in the Littoral region which is home to the economic capital, Douala.

Despite calls from opposition candidates for a re-run of the presidential election, the Constitutional Council dismissed 18 petitions claiming fraud last week.

Among those calling for a fresh vote were President Biya’s two main challengers – Mr Kamto and Joshua Osih of the main opposition SDF/FSD.

The announcement follows two weeks of tension in the coffee and oil-producing country where there has been a steady economic growth above 4 per cent since the last election, but most Cameroonians live in poverty.

Maurice Kamto proclaimed victory for himself on Oct. 8 based on his campaign’s figures without evidence to support his claims.

Kamto, who pronounced himself the winner of the vote before even the first results were announced – leading the government to brand him an outlaw – has alleged that six of the 11 members of the Constitutional Council were biased in Biya’s favour.

Voter turnout in the country’s two Anglophone regions was as low as 5 per cent, according to the International Crisis Group. Official figures gave an almost 16 per cent turnout in the English-speaking South-West region.

Threats of violence made against would-be voters by rebels in the Anglophone regions reportedly deterred many from voting. On Election Day, three separatists who were accused of opening fire on passers-by were shot dead by security forces. Some rebels also tried to disrupt the transporting of ballot boxes by calling for a total ban on all travel.

Cameroon’s electoral body Elecam also reduced the overall number of polling stations across the Anglophone North-West and South-West regions, and moved some others from turbulent zones to more secure areas.

Despite the unrest, and a desire among the youths for change, the opposition appeared unable to mount a credible challenge to Biya who, despite long absences abroad holidaying in Switzerland, has kept core support.

False claims were made on Cameroon’s state-owned television that Transparency International had deployed international observers but they issued a statement denying them.

Cameroon’s parliamentary and legislative elections were due to take place at the same time as the 7th October presidential elections, but have been postponed till 2019.

COVID-19 cure: AU in discussions with Madagascar over herbal…