NIGERIAN’S took to the streets of Abuja on Tuesday to mourn the victims of violent deaths across the country as a result of heightened insecurity, especially in the North West region.

A coalition of Civil Society Organisations and Human Rights Activists have designated every May 28 as a day of national mourning for Nigerians who died as a result of the activities of terrorists, kidnappers, bandits, cultists etc, especially those whose bodies could not be retrieved for a decent burial, whom only their immediate families are left to bear the mental and emotional torture of their demise.

It is also a date where the activists make a collective demand on the federal government for more proactive actions to be taken towards strengthening the internal security structure of the country.

“This (march) is about people from every part of this country who have died because they did not need to die,” says Chidi Odinkalu, former Chairman of the National Human Rights Commission, who is also a co-convener of the march.

Odinkalu called for the adoption of a community policing system where the security agencies pay more attention to securing the lives of the ordinary people rather than concentrate almost all their attention to guarding the rich and powerful in the society.

“At the moment we do VIP policing,” he said. “Over 33 per cent of the police assets we have are deployed to protect big men. That means we don’t have the policing assets we need at the points of need, which is the communities. Instead, the politicians are calling for state police so that they can control it and divert it away from us.

“The medium between state police and what we have at the moment is community policing. It will enable us to put police in the communities where ordinary people are, where they can get support and help and where it is possible for them to provide utmost service, and that is what we are asking for.”

Jaiye Gaskiya, an activist-political office seeker who is also a co-convener of the march, agrees that community policing was the way to go even though the decentralisation of the Nigeria Police would achieve more results.

“This (insecurity) crisis has become an opportunity for us as a country. The most fundamental reform that this country needs with respect to insecurity is that we need to reform governance at the local level,” he said.

“Our communities are ungoverned spaces, there is no governance at the community level. Let us restore democratically self-governance to our communities, and let communities then handle their own security system. We can then put in place processes for coordination and synergy.”

The march which took off from the Unity Fountain in Abuja to the premises of the Ministry of Justice, saw hundreds of Nigerians, comprising mostly young people, bearing placards and chanting solidarity songs and demanding for justice for the victims of violent crimes.

During the ‘Nigeria mourns’ event of 2018, the CSOs were unanimous in the call for the sack of all the service chiefs, as well as all those who play a part in the security architecture of Nigeria, including the Ministers of Defence and Interior.

“That remains our demand (for the security chiefs to be sacked). It has not been acceded to,” Odinkalu said.

“The police chief has gone, and for that we are thankful, because we can see some change in the policing. The new Inspector-General of police (Adamu Mohammed), I think, deserves some commendation. We are not saying he’s done everything, but we can see that some things are changing.

“We are not asking for miracles, we are asking for evidence that the leaders care. We have given the service chiefs and the cabinet members enough time… We should thank them for their services and disengage them and bring in new people with new ideas.”

It must be pointed out, however, that the former Inspector-General of Police, Ibrahim Idris, was not removed from office as a consequence of the rising insecurity in the country, rather he retired ceremoniously after having served for 35 years in keeping with the public service rules.

The highlight of the march was when the names of some of the deceased victims of violent deaths were called out at the Ministry of Justice premises as protesters echoed “Rest in Peace”. 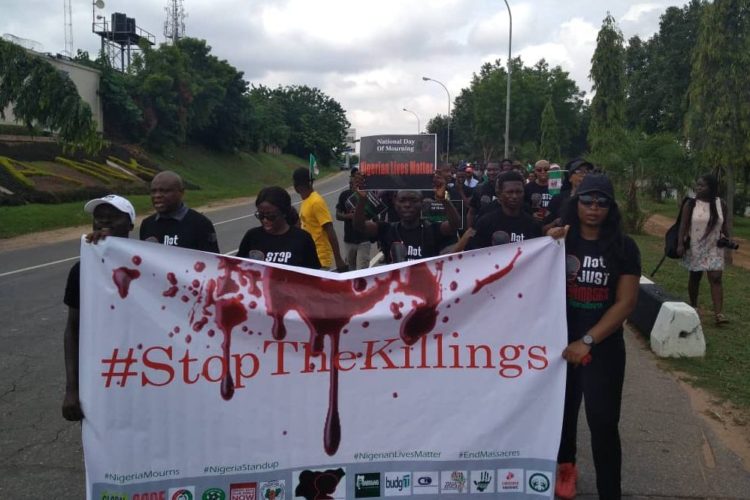 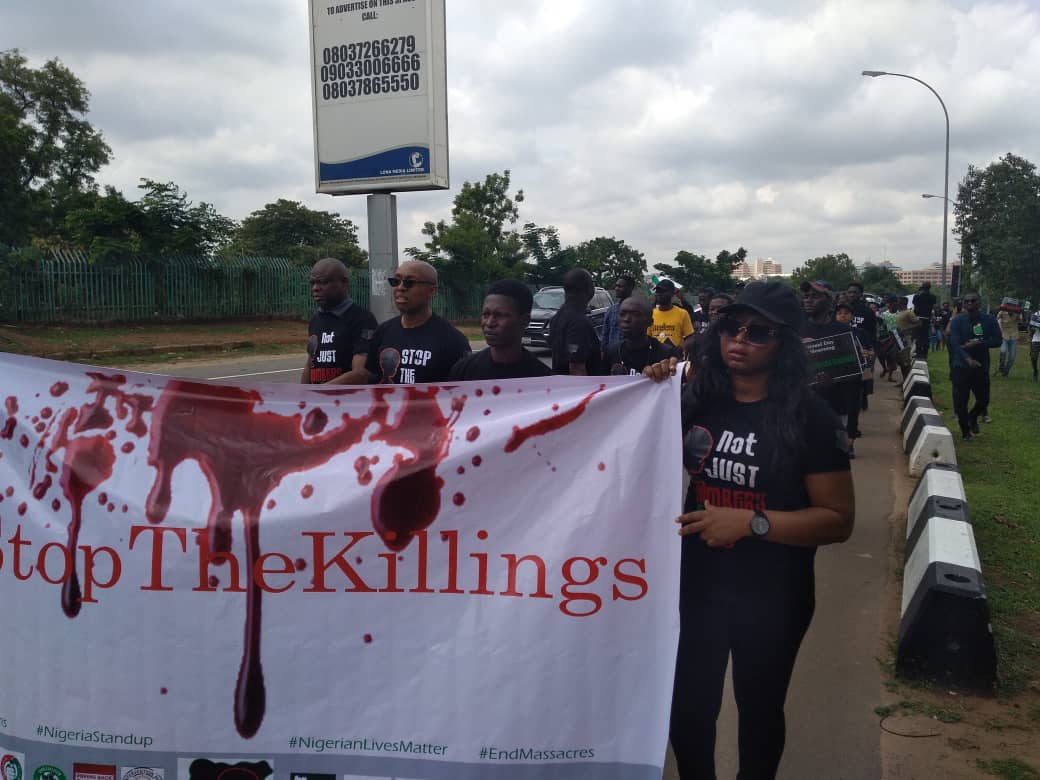 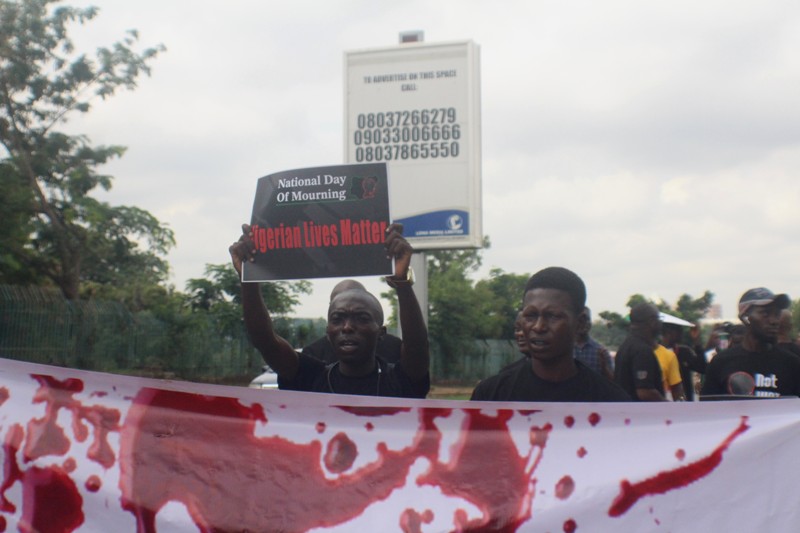 How illegal mining is wiping out Ghana’s forests

TIMELINE: Chibok schoolgirls abduction and the journey so far

FLASHBACK: The President knows what to do about insurgency but he doesn’t…

The killing spree continues in Zamfara State, dozens reported killed in one week

Sultan, CAN president, others want FG to end killings in…