Dasuki’s Trial Put Off To Next Year 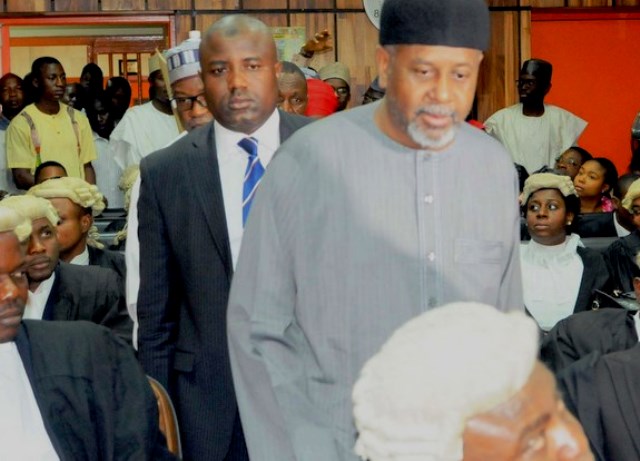 The trial of former National Security Adviser, Sambo Dasuki, has been adjourned till January 25, 2017, following the inability of a co-accused person in the case, Salisu Shuaibu, to appear in court due to illness.

Shuaibu was a former Director of Finance and Account, DFA, in the Office of the National Security Adviser, ONSA.

Dasuki, a retired Colonel in the Nigerian Army, is facing trial alongside Shuaibu over an alleged misappropriation of $2.1 billion which was meant for the purchase of arms for the country’s armed forces.

The trial which was supposed to continue on Wednesday, was adjourned after the prosecution counsel, Oluwaleke Atolagbe, informed Justice Baba Yusuf of the FCT High Court that he had been served with a medical report confirming that the defendant had been hospitalised.

Atolagbe told the court that trial could not proceed in the absence of the defendant; he therefore applied for a short adjournment pending the recovery of the defendant.

Also, counsel to Shuaibu, Adetayo Adeyemo, apologised to the court over his client’s absence.

Lawyers to other defendants did not object to the application for an adjournment since Salisu had always been present in court since the charge was filed against them.

Justice Yusuf in his brief ruling concurred that the second defendant has always been present in court since the trial commenced.

After consultations by the lawyers in the matter, it was agreed that the matter be adjourned to January 25, 2017, and this was granted by the Judge.

Similarly, the second charge which was referred from Justice Peter Affen to Justice Baba Yusuf was also adjourned to January 24, 2017 for mention, due to Shuaibu’s illness.

The five defendants had pleaded not guilty to the charges and were granted bail by the court.

The other defendants have since been enjoying their bail but Dasuki had remained in detention despite several judgements from various courts, including the ECOWAS Court.

Reasons for the former NSA’s Continued detention is best known to the Department of State Services, DSS.