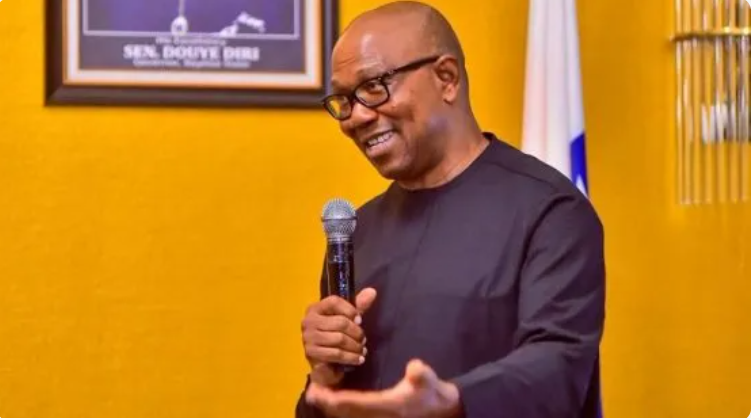 THE presidential candidate of the Labour Party, Peter Obi, has urged Nigerians not to vote for any candidate based on religion or ethnicity.

Obi, who noted that poverty in the country, was not spread across religion or tribe, urged the citizens to be more circumspect in choosing who to elect.

He said, “My appeal is that the 2023 election would not be based on ethnicity. They don’t buy bread cheaper in Kano, Maiduguri, Onitsha or Enugu. Poor Nigerians are suffering everywhere, there is no place that is safer than the other, and the same insecurity is everywhere in Nigeria. My dear people, we won’t vote people by ethnicity, it has not helped Nigeria.”

The former Anambra State governor said he would exploit the resources of the north in terms of agriculture and turn Lagos into the financial hub of Africa.

He said, “We would provide the support that businesses need to create job. We would empower our youths, we want to move from government-led. Politicians would not be richer than private people.

“I am not contesting because I am an Igbo man or from the South East. Show me where christians buy food cheaper. Don’t vote for me because it is my turn, Nigeria is nobody’s turn. It’s the turn of Nigerians to take back their country.”

Obi said he didn’t believe what is being said about structure because it was used to manipulate votes. He asked Nigerians to hold him responsible for how the country would be run. He also told them to verify how he managed public resources.

On the issue of insecurity, the former governor promised to deal with insecurity by enabling multi-state level policing. He also promised to overhaul the entire security infrastructure.

The Labour Party candidate said that Nigeria lost $2 billion in the month of July to oil theft due to the fact that Nigeria could not meet its Organisation of Petroleum Exporting Countries (OPEC) quota for the country.

He said the money could have been used to fund the Academic Staff Union of Universities’ (ASUU) ongoing strike.