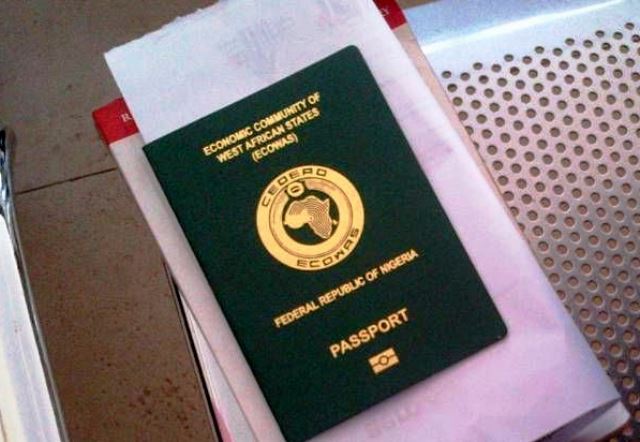 ON Tuesday, 4th February, the Federal Government unveiled a new visa policy as part of its Economic Recovery and Growth Plan (ERGP) to mainly give the economy an uplift and boost Foreign Direct Investment in Nigeria.

It is expected that the visa policy would also boost tourism and promote foreign relations with other nations.

Prior to this new development, in 2017, the Vice President, Yemi Osinbajo, who was on Acting capacity initiated a number of policies through the Presidential Enabling Business Environment Council (PEBEC) to promote ease of doing business such that foreigners could register a potential business right from arrival at the airport.

This was made easier through the 48 hours visa issuance policy.

By November 2019, President Muhammadu Buhari declared visa on entry to Africans while attending the Aswan Forum in Egypt, until the recent development.

“We in Nigeria have already taken the strategic decision to bring down barriers that have hindered the free movement of our people within the continent by introducing the issuance of a visa at the point of entry into Nigeria to all persons holding passports of African countries with effect from January 2020,” Buhari stated.

The unveiling was met with glamour with expectations that it would possibly improve security and redeem Nigeria’s image before other nations, particularly the United States which recently restricted Nigeria in its new visa policy.

The ICIR, however, highlights five major interesting developments in the new policy.

For decades, Nigerians abroad have experienced terrible moments just to get Visa to visit the native country. It is worse for those who are dual citizens. While some nations such as Japan, Cuba, Singapore, Germany, India, Kuwait among others prevent their nationals from dual citizenship, the new visa policy allows for special visas for Nigerians in the diaspora. 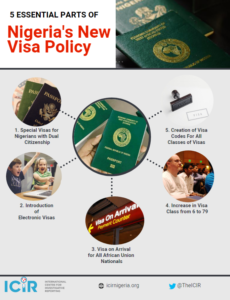 The flexibility now permits the affected nationals of the country abroad to visit Nigeria at will without rigours.

“The NVP 2020 introduces special visas for Nigerians in the diaspora who either by birth, marriage or nationalization has assumed dual citizenship. Such a category of Nigerians will now be able to make use of the passports of their adopted countries to visit Nigeria without the need for a short-stay visa,” Rauf Aregbesola, the Minister of Interior had stated at the unveiling in Abuja.

However, aside from Nigeria, there are a number of nations that consider dual citizenship. They include Brazil, Finland, Sweden, Italy, Denmark, Norway, Switzerland, Angola among others.

Electronic Visa (E-Visa) is one of the modern techniques of visa issuance to promote better freedom of movement beyond territorial jurisdictions. It simply implies that every process that leads to visa issuance is done online through the internet.

Physical appearance and submission of paper documents are reduced to the barest minimum.

Basically from visa application to payment of visa fees, document submission and the entire management of the visa process is done through the internet. This was also part of Nigeria’s new visa policy. In 2016, Rwanda launched its E-visa policy. Ghana unveiled plans to commence a similar initiative in 2019.

But, the governments of major travel destinations such as the United States, France, China, Germany, the United Kingdom, Italy, Russia, and Spain have been remorseful to adopting the new innovation. This could be tied to security reasons or other concerned factors.

Ultimately, it is believed that the new policy would facilitate better investment and improve Nigeria’s rank on the ease of doing business.

Visa on arrival for all AU nationals

All citizens of the African Union (AU) member nations, unlike before would no longer have challenges entering Nigeria. Based on the new policy, other nationals are only required to indicate interest via the official portal from which clearance is given and visa issued at the point of entry.

“…citizens of countries with which Nigeria has visa agreements would be issued entry visa at points of entry.”

“In line with the Ease of Doing Business in Nigeria, notable businessmen (frequent travellers) and top management staff of multinational organizations are being issued entry visas at points of entry,” website of the ministry reads.

Moreover, findings by the African Development Bank (AfDB) in partnership with the African Union (AU), further showed that Africans now need visas to travel to less than 50 per cent of other African countries unlike what was obtainable in the past.

2019 Africa Visa Openness Report in its latest index revealed that on average basis, Africans can get visas on arrival in 26 per cent of other African countries.

Unfortunately, Nigeria currently ranks 30 in the latest report on visa openness. Though it is considered top 10 improving economies in the world, other smaller nations such as Benin and Seychelles rank first. While Senegal ranked third, Rwanda ranked fourth and Ghana took the fifth position among the list of the African nations under study.

Increase in Visa class from 6 to 79

But, aside from the above-mentioned visa types, 73 other classes of visas have been included as part of measures to open up its visa policies.

This is contained in the newly launched visa policy NPV2020 aimed to improve the global ranking of ease of doing business.

Creation of visa codes for all classes of visa

Though these visa codes are missing in the official website of the interior ministry and the Federal Ministry of Foreign Affairs, they are part of the new development in Nigeria’s visa policy as entailed in the release made public by the Minister of Interior Affairs.

For instance, Tier 4 is for Student and Visitor Visa, Tier 2 is for a skilled foreign worker, Tier 5 for temporary foreign workers mong others.

“Some of the features of NVP 2020 include, Visa On Arrival for African Union nationals, increase in the classes of visas from 6 to 79, creation of visa codes for all classes of visa and introduction of e-visas,” the interior ministry stated.

Chad: US advocates peaceful transition of power as military…

#EndSARS: US casts doubt on reports of killings at Lekki…