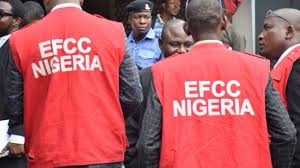 THE Economic and Financial Crimes Commission (EFCC) has launched an investigation into the $6 billion Mambilla Power Project, which is currently the subject of a legal tussle.

The Senate Committee on Power made this known when the Minister of Power, Abubakar Aliyu, appeared before the joint Committee of the Senate and House of Representatives on Power to defend the 2023 budget.

The Chairman of Committee, Senator Gabriel Suswan, described the Mambilla Power Project as ‘vague’, noting that it can’t be accounted for.

He stressed that despite money being budgeted for the project every year, it is still hanging in the air.

Suswam said, “The Mambilla Power Project has become a mirage to us at the National Assembly and to Nigerians. Monies are provided year in, year out, but nothing is certain about Mambilla.

“The initial scope of the project was slightly about 3,000 megawatts. There were issues and we were told that it was going to be re-scoped. Even the re-scoping of the project has not been done.

“In essence, it means that there is no project that is on ground like Mambilla. It’s all about talks and lips service. That is why we are concerned about the money that is provided for consultancy and the money used for the training of staff that supposed to be utilised if Mambilla was in place.

“Why provide monies all the years when nothing actually is on ground?”

Suswam also disclosed that the committee has directed the Minister of Power to ask the ministry’s permanent secretary and other desk officers to appear before it to explain how the yearly budgetary allocations for Mambilla had been utilised.

“Since 2017, monies have been provided for Mambilla but nothing was done on the project despite the pressure we have been mounting on the Federal Government from the National Assembly.”

In the same vein, the Minister of Power, Abubakar Aliyu said the pending legal issues have been hampering the project.

Aliyu said the Ministry had met with stakeholders and all issues of concern are currently being resolved.

“Regarding the Mambilla Project, we have met with stakeholders and we are resolving the situation. It has something to do with litigation, there is nothing going on as regarding moving to site.

“EFCC has stepped into the matter and we have given them information about it, we have given them history of the power project, our lawyers have interfaced with the anti-graft agency, unless we are able to pull out of litigation, we can’t do anything.

“I don’t think the investor will bring their money where there is encumbrance.”