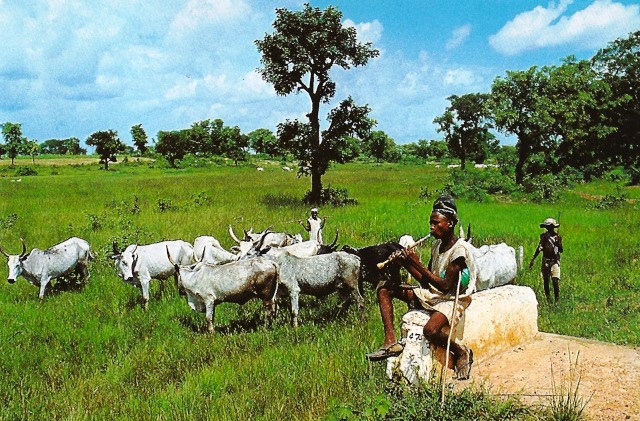 The Ekiti Sate Government and the Miyetti Allah Cattle Breeders Association of Nigeria, MACBAN, has signed a peace pact after clarifying certain grey areas in the enforcement of the Anti-Grazing Law in the state.

This is part of efforts being made to ensure that herdsmen in the state carry out their activities legally and peacefully.

Consequently, Governor of the state, Ayodele Fayose, ordered the release of nine cows of the member of the group seized by the operatives of the recently inaugurated Ekiti Grazing Enforcement Marshals for contravening grazing law.

Fayose said that the move was to cement the relationship between the government, farmers and the herdsmen in the state.

He reiterated, however, that the approved grazing period of between 7am and 6pm as stipulated in the law stands, adding that anyone who contravenes the law would be liable for prosecution.

During a stakeholders’ meeting which was held at  the Ekiti State government house with the leadership of Miyetti Allah in Ekiti and the southwest , traditional rulers and the Fulani community on Thursday, Fayose directed that all cattle breeders operating in the State are to register with the traditional rulers of their host communities.

He said  that the free registration must be done within the next 14 days, after which the registered names would be forwarded to the state government for data keeping.