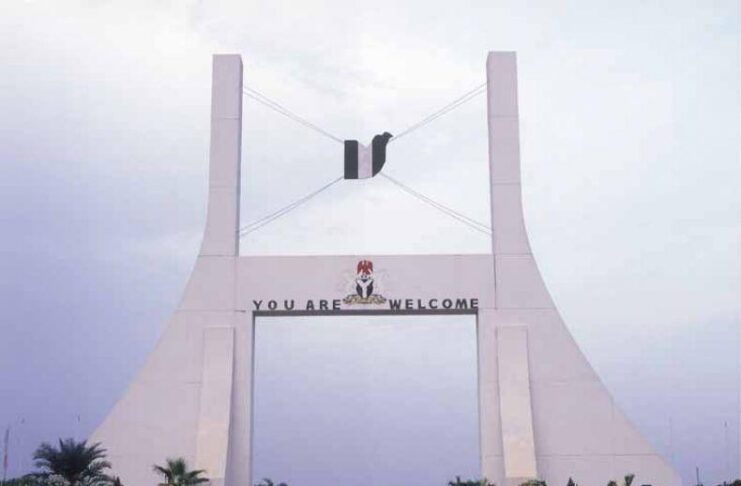 HOUSING has remained a massive challenge for residents of Nigeria’s Federal Capital City, Abuja, where many people battle with homelessness.

The city is responsible for, at least, 10 per cent of the housing deficit in the country, which stands at 17 million, with the likelihood of the figure increasing to 22 million by 2030, according to experts.

The high cost of rent is a factor in the housing deficit in Abuja, which has left many houses in the city unoccupied, with many residents living in slums, or worse, homeless.

These empty houses can be found littering the highbrow areas of the city, priced beyond the reach of average residents, and rotting away in large quantities.

Senate moves to address cost of rent in Abuja

Many residents believe that the empty houses are built with fraud proceeds or used as a smokescreen for money laundering.

In 2021, a resident of Abuja, Ayo Balogun, had told The ICIR that abandoned houses sprawling throughout the city served as a smokescreen to launder stolen funds.

“I think these are just projects set up by these politicians or yahoo boys to launder their money. You can’t just erect a building and leave it empty like that. No returns on your investment and you are not worried,” he said.

The Independent Corrupt Practices and other Related Offences Commission (ICPC) announced the investigation of owners of abandoned houses within the city in 2020, and speaking with The ICIR, Public Relations Officer (PRO) of the Commission, Azuka Ogugua, said investigations were still ongoing.

“Investigations are still ongoing. This was revealed by the ICPC Director, Assets Trading, Recovery and Management (ATRM) at the recently held capacity building on IFFs,” she said.

The Director, Assets Trading, Recovery and Management (ATRM) at the ICPC, Adedayo Kayode, had said the Commission would intensify ongoing investigations of completed but unoccupied estates in the country.

More than 600 houses are unoccupied within the city, yet, almost two million residents battle homelessness.

The average cost of a three-bedroom flat in highbrow areas such as Maitama, Asokoro, Wuse and Jabi falls between N3.5 million and N4 million, while a one-bedroom apartment hovers around N1.5 million annually.

In satellite towns, a three-bedroom flat now costs between N600,000 and N1.5 million, while one-bedroom flats cost an average of N400,000 yearly.

Despite the outrageous cost of rent in the city, some landlords require tenants to pay an advance of two years’ rent before getting accommodation.

This has led many to erect temporary homes in some areas, proliferating shanty towns across the city and distorting the Abuja master plan.

Owing to the fear of demolition, these houses are built with the most inferior materials. In some cases, basic amenities such as kitchens, bathrooms and toilets are missing, and tenants are left to improvise.

Yet, residents are forced to pay relatively huge sums for substandard houses that place them at risk of burglary and other forms of violence.

Emiola Shittu pays N250,000 every year for a self-contained apartment in a slum located in Jahi.

Despite this, she told The ICIR that water always sprang up from the ground during the rainy season, and most of her furniture had been destroyed.

“Anytime it rains, I can scoop up to five buckets of water from this floor, the water just keeps coming up from the ground,” she said.

Shittu said she rarely had running water in her apartment and had to resort to buying from vendors most of the time.

Earlier in the month, she returned home to find that her apartment had been robbed. The burglary proof iron protecting her window had been pushed into the room, giving the thieves enough room to move out almost everything she owned.

She blamed the ease with which the thieves accessed her room on the substandard nature of the building.

“I still can’t explain how they pushed this iron in from outside. If this house was built with quality materials, this would not have happened to me,” she said.

Earlier this year, a bill seeking to regulate the payment of rent in Abuja was introduced to the Senate.

The bill, sponsored by the senator representing Kogi West, Smart Adeyemi, seeks to make payment of rent in Abuja, a monthly occurrence rather than yearly and has passed the second reading.

In an interview with The ICIR, the former Chairman, Real Estate Developers Association of Nigeria, Olabode Afolayan, described the monthly payment of rent as a welcome idea.

“When you look at it, people have a lot of responsibilities now, they cannot do anything in advance. Income is not increasing, expenditure is increasing, so sometimes, you want to do it as it comes,” he said.

Admitting that landlords might hike the total price of rent if broken down to a monthly bill, Afolayan said monthly rent payments would be less stressful for residents and help them better plan their finances.

“Yes, they may increase the monthly amount since they are collecting it piecemeal, but one is still better off paying monthly than making payments for one year in advance. You are not under as much pressure,” he said.

Chat us on WhatsApp
Advertisement
Previous articleThree-storey building collapses in Ebute-meta
Next articleKwara teachers to get tablets, smartphones as KwaraLEARN begins this month