THE Nigerian President, Muhammadu Buhari, in the speech delivered on Friday, June 12, 2020 to commemorate the national Democracy Day, claimed that “all the Local Governments that were taken over by the Boko Haram insurgents in Borno, Yobe and Adamawa have long been recovered and are now occupied by indigenes of these areas…” The claim has stirred intense public reactions offline and on the internet.

The speech titled: “NATIONAL BROADCAST BY PRESIDENT MUHAMMADU BUHARI ON DEMOCRACY DAY, JUNE 12TH 2020”, was aired on the national television (Nigerian Television Authority [NTA]) and radio network (Radio Nigeria), and was also widely published by the media and several online news platforms in the nation including Daily Trust, Vanguard, The Cable etc.

Buhari, while giving stewardship account of his All Progressives Congress (APC)-led government in the area of national security during the presidential broadcast, had claimed that the local government areas in three north-eastern states of the country – Adamawa, Borno and Yobe – hitherto known for relentless insurgency since almost a decade ago have been secured as the areas “are now occupied by indigenes of these areas who were hitherto forced to seek a living in areas far from their ancestral homes.”

All the Local Governments that were taken over by the Boko Haram insurgents in Borno, Yobe and Adamawa have long been recovered and are now occupied by indigenes of these areas who were hitherto forced to seek a living in areas far from their ancestral homes.

Parts of his speech read: “In the area of security, we remain unshaken in our resolve to protect our national infrastructure including on-shore and off-shore oil installations, secure our territorial waters and end piracy in the Gulf of Guinea.

“Ending insurgency, banditry and other forms of criminality across the nation is being accorded appropriate priorities and the men and women of the Armed Forces of Nigeria have considerably downgraded such threats across all geo-political zones.

“All the Local Governments that were taken over by the Boko Haram insurgents in Borno, Yobe and Adamawa have long been recovered and are now occupied by indigenes of these areas who were hitherto forced to seek a living in areas far from their ancestral homes.

“The total collapse of the economies of these areas, which constituted a threat to our food security, has also been reversed with the gradual recovery of farming and other economic activities.

“I regret recent sporadic incidents with tragic loss of lives in Katsina and Borno States as a result of criminals taking advantage of COVID-19 restrictions. Security Agencies will pursue the perpetrators and bring them to swift justice.

“I must implore state and local governments to revamp their intelligence assets so that the Security Agencies can nip in the bud any planned attacks in remote rural areas. I send my heartfelt condolences to all the relatives and communities affected.

“As part of the strengthening of our internal security architecture, the Ministry of Police Affairs was created.

“Amongst others, Government has expanded the National Command and Control Centre to nineteen states of the federation, resuscitated the National Public Security Communication System and commenced the implementation of the Community Policing Strategy.

“To reduce security challenges through our external borders especially smuggling of oil products out of the country, inflow of small arms and drugs into the country and equally protect our local manufacturers, we introduced operation “Ex-Swift Response” closing our borders from August 20th 2019, and have considerably succeeded in meeting its objectives as well as improving our national revenue.”

A fact-check investigation by The ICIR shows that contrary to the victory claim by the Nigerian president against the Boko Haram insurgents, “the fight is still ongoing,” according to the nation’s Army chief, General Tukur Buratai.

A news report published on Monday, June 8 on Daily Trust website quoted Buratai as saying that “The fight is still ongoing and over 1,429 Boko Haram terrorists have been neutralised and we have arrested over 166 Boko Haram terrorists informants, their spies, couriers on logistics and their coordinators in the villages, the towns and even the forest.”

Buratai disclosed this on Monday at the Presidential Villa, Abuja, while speaking with journalists on his two months’ sojourn in the theatre of war (North East) after briefing President Buhari.

“So, this is a tremendous achievement, our intelligence corps along with the Department of State Services and of course our good friends the civilian Joint Task Force (CJTF), have worked very hard to see that this is achieved and I assure you that things will continue to improve as the days go by,” the Army chief added.

Media reports within the week indicated that Boko Haram insurgents were still in control of several villages and remote areas especially in Abadam, Damboa, Guzamala, Gubio, Bama, Konduga and Mafa local government areas of Borno state, from where they launched deadly attacks on other parts of the state.

Though no recent attack was reported in Yobe and Adamawa as of June 11, 2020, the insurgents’ attack on Dapchi, headquarters of Bursari local government in Yobe state on May 18, 2020 still leaves some residents displaced, as the attackers set fire on the palace of Dapchi District head, media reports noted.

On Tuesday, 69 persons were killed and seven others abducted by the Boko Haram insurgents at Foduma Kolomaiya village, in Gubio local government area of Borno state, but the state governor, Professor Babagana Zulum, on Wednesday confirmed that 81 civilians were buried following the attack, media reports stated.

“It is the most deadly attack in recent times. The location of the village made rescue mission a bit difficult. Many people were killed and others missing because the attackers waylaid the village in broad daylight, surrounded it and opened fire,” a source told Daily Trust.

Similarly, six Nigerian soldiers were killed while 45 others were declared missing during an attack by insurgents on a military base in northeast Nigeria on Saturday, June 6, the AFP news agency reported.

It said insurgents from the Islamic State West Africa Province (ISWAP) in trucks equipped with machine guns, attacked the Auno base, 25 kilometres from Maiduguri, Borno’s capital.

“We lost six soldiers in the attacks which the terrorists launched around 6:30 pm (1730 GMT), on Saturday,” a military officer told AFP. “A search is ongoing for 45 soldiers who are still unaccounted for but we assume they escaped during the attack and are yet to return,” the second source said. Auno lies on a 120-kilometre highway linking Maiduguri and Damaturu in neighbouring Yobe state. The area has been repeatedly targeted by militants who attack troops and abduct motorists at bogus checkpoints.

Also, a weekly report by the Nigeria Security Tracker, published on the Council on Foreign Relations (CFR) website also revealed fighting between Boko Haram insurgents and the Nigerian military in two of the three north-eastern states, as they battle for control of the areas. 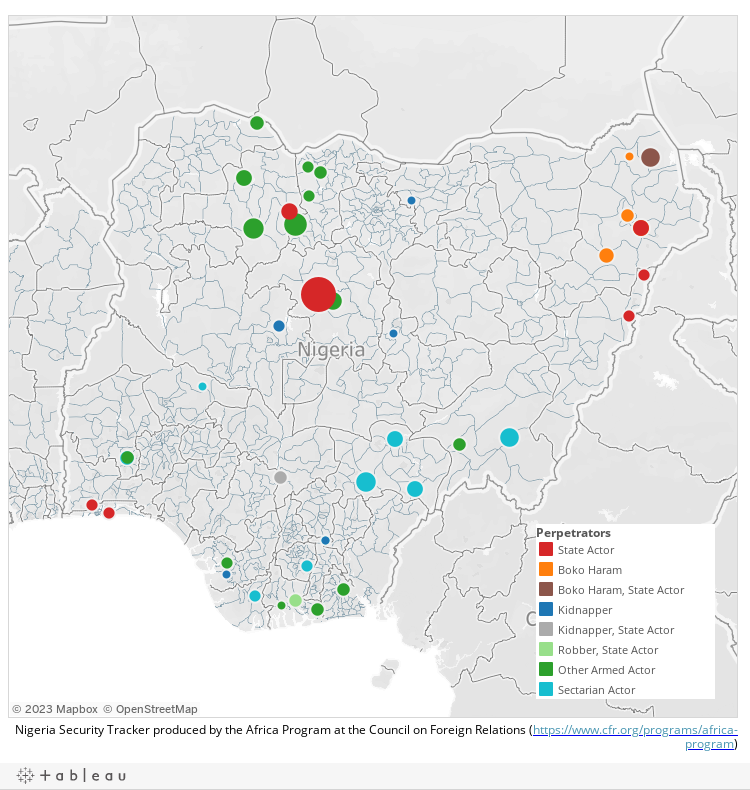 It listed incidence of violence related to the Boko Haram insurgency from May 30 to June 5 as follows:

May 31: A Boko Haram suicide bomber killed herself but no others in Konduga, Borno.

June 2: Nine Boko Haram militants and one soldier were killed during a clash in Kukawa, Borno.

Professor Zulum, in two separate reports published by Daily Trust this week also confirmed that many displaced persons were still homeless, as the state government races against time to house them and provide them with sustainable means of livelihood.

The rising spate of Boko Haram attacks in north-eastern Nigeria also worried the nation’s lawmakers, as the Senate President, Ahmad Lawan, and the Speaker, House of Representatives, Femi Gbajabiamila, reportedly plan to meet with President Buhari over the issue.

Addressing parliamentarians on Thursday in Abuja, Lawan, who spoke while giving his remark to a motion on the resurgence of Boko Haram attacks in some parts of Borno state by Senator Abubakar Kyari (APC, Borno), said: “Boko Haram has now become an industry. It is an industry because what they do is no more religious. They have people from different faiths, different countries among them.”

Earlier in his lead debate, Senator Abubakar Kyari, noted that the attacks had become worrisome in view of the fact that the Nigerian Army had recorded successes recently in their fight against the insurgents, adding that the attacks had resulted in the killings of people and other dastardly acts like kidnapping, cattle rustling and displacement of communities.

While charging the security agencies to deploy more personnel and equipment to critical areas of the Lake Chad shores to flush out the insurgents, the lawmakers urged the federal government to provide enough equipment to the troops prosecuting the ‘Boko Haram war.’

“They operate freely in Borno and Yobe States, and in adjacent parts of Cameroon, Chad, and Niger. They share the goal of destroying the Nigerian secular state and establishing a new polity based on their idiosyncratic seventh-century interpretation of Islamic theology and law,” Campbell wrote in the report.

The ICIR reports that the Boko Haram insurgency had claimed more than 37,500 lives since May 2011, displaced an estimated 2.7 million people in the Lake Chad Basin and turned 292,510 Nigerians into refugees in Chad, Cameroon and Niger as of May 31, 2020, according to data obtained from the United Nations High Commissioner for Refugees (UNHCR).

All evidence available in public domain invalidates the claim by President Buhari as several media reports indicate that some areas in these three north-eastern states are still suffering from recurring Boko Haram attacks while many residents of these areas have fled to and/or still living in Internally Displaced Persons (IDPs) camps hosted by their respective state governments. The claim is absolutely FALSE.

Chat us on WhatsApp
Advertisement
Previous articleHall of Shame: 23 states yet to pass anti- rape law, majority are from the North
Next articleMultiple inconsistencies in Obaseki’s academic certificates cause disqualification