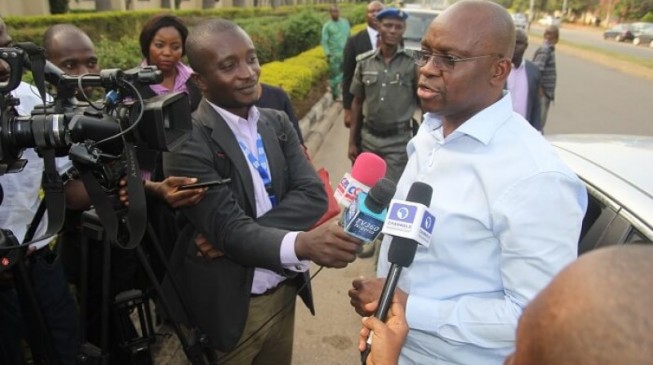 Ayodele Fayose, Governor of Ekiti State, has penned a birthday message to President Muhammadu Buhari, who turned 75 on Sunday, but his message came with a rather unsolicited advice for the celebrant.

Fayose’s message for Buhari is that, at 75, he is too old to run again for the presidency, as the country needs a more vibrant, agile person to coordinate its affairs.

“This is to congratulate Mr President as he clocks 75. I want to thank God for his life and pray for good health in the service of our nation and that he continues to age with grace. I wish him the best,” read a statement signed by Idowu Adelusi, Fayose’s Chief Press Secretary.

“I am not a fan of an old man and this is not personal and peculiar to President Buhari. We need an agile president come 2019.

“We need somebody that is experienced and agile. He shouldn’t contest and the decision is his and his party. But that is not going to stop me and my party from taking over from him and his party come 2019.”

Though Buhari has not explicitly stated his intention to seek re-election, several factors suggest he may have another go at the presidency.

A team of staunch loyalists, known as ‘Buharists’, led by Nasir El-Rufai, Governor of Kaduna State, has already declared that he must run again or in the contrary point out an anointed candidate to them.

But the clearest indication of his plans came during his visit to Kano last week, where he said that his reception by a mammoth crowd proved that if elections were held again right then, he would have won by a landslide.