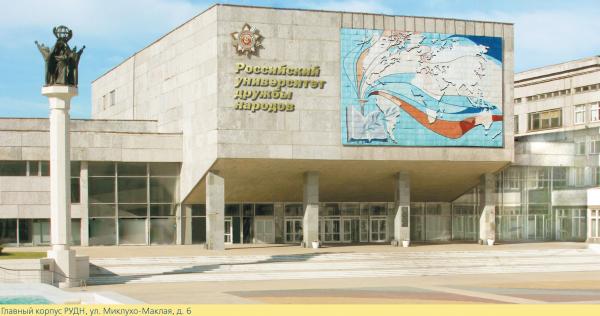 The Federal Government has withdrawn sponsorship of six Niger Delta student-delegates in the Peoples Friendship University in Russia.

This is contained in a statement issued in Abuja from the Office of the Special Adviser to the President on Niger Delta Affairs and signed by Daniel Alabrah, the Head of Media and Communication in the office.

The statement said the withdrawal followed the student-delegates’  involvement in an attack on the Nigerian Embassy in Moscow on September 30.

According to the statement, six of the 24 student-delegates studying in the university under a special scholarship scheme for Niger Delta youths were found to be behind the condemnable act.

Nigeria’s Ambassador to Russia, Assam Ekanem Assam, who confirmed the incident, said the ex-militants were protesting unpaid allowances by the Federal Government, including warm clothing and transport allowances.

Their other demands included an increase in their housing allowance from $200 to $1,600 a month and immediate payment of their monthly stipend.

“Each person is claiming about $7,800 and they wanted it paid before they leave the embassy,” he said.

Assam said when he contacted Kingsley Kuku, the special adviser to the President on Niger Delta Affairs, he told me that the students were only being owed salaries for the month of September.

The ambassador who accused the students of destroying furniture, cars, computers, televisions, communications system and a 17th century artefact donated to the embassy by the Federal Ministry of Culture, has threatened to recommend the repatriation of those involved in the protest.

Kuku said in a statement that students on the office’s sponsorship cannot go on rampage on flimsy excuses in a foreign country and damage the image and reputation of Nigeria.

“In fact, the only unremitted allowance was for the month of September, which had been approved and was being processed by the Central Bank of Nigeria at the time they attacked the Mission,” he said.

The statement said records showed that the students were not being owed their In-Training Allowance, ITA, for six months as they alleged.