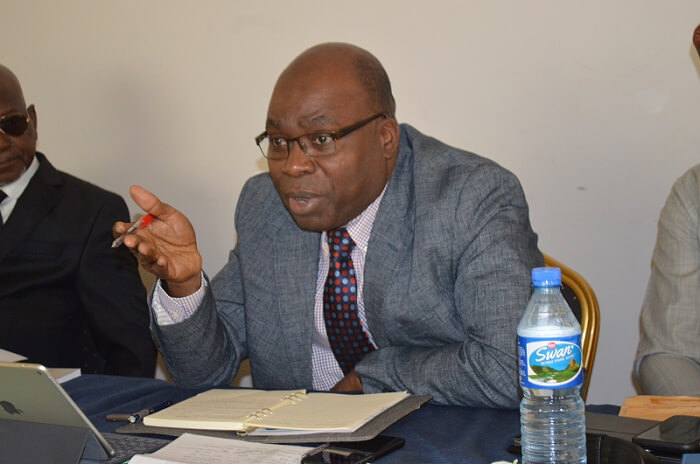 THE Chairman of Independent Corrupt Practices and Other Related Offences Commission (ICPC) Bolaji Owasanoye, on Tuesday, called on African countries to facilitate assets recovery at all levels, including the return of artworks and artefacts.

He disclosed this while presenting a paper titled ‘Understanding the Common African Position on Asset Recovery (CAPAR)’ during a virtual Commonwealth regional conference for anti-corruption agencies in Africa.

“In Nigeria, precisely Benin, Edo State, two major artefacts have been returned while the country has recovered between $600 million and $700 million assets in the last six years,” he said.

“The reality on the ground is that domestic resource mobilisation cannot improve if corruption is not diminished. Illicit financial flow from the continent is not reversed, and fiscal governance from revenue and expenditure sides is not improved.

“We need to reverse the anomaly of Africa being a net creditor to the world yet burdened by debt,” he stated.

Owasanoye said the policy and advocacy instrument were to assist Africa in identifying, repatriating and effectively managing assets while respecting the sovereignty of member-states.

Last year, Swiss authorities returned $300 million to Nigeria as part of the seizures from the stash of Nigeria’s former dictator, Sani Abacha.

According to the US Department of Justice, another $30 million is expected from Britain. The sum of $144 million stashed in France is also expected to be recovered as part of the recovery of Abacha’s loot.

The ICPC boss urged African countries to implement measures to ensure accountability and transparency so as to boost public confidence in managing recovered assets. He also spoke of the need for civil society organisations and the media to monitor the use of recovered assets.

At the event, the Commonwealth Secretary-General Patricia Scotland highlighted the need for African countries to tackle corruption, noting that social and economic resources were increasingly stretched.

“Corruption and illicit financial flows need to be brought to the front burner as they have continued to pose an enormous challenge to the continent,” Scotland said.

The Commonwealth secretary-general urged the anti-corruption agencies to strengthen their oversight function.

“We need to continue to improve and strengthen our capacities. We, at the Commonwealth Secretariat, will greatly work with member countries to realise that goal as well as the United Nations Development Goals,” she added.

Senate to investigate NEMA over ‘selective’…