Conflict and SecurityCrime
Bankole Abe
May 31, 2022 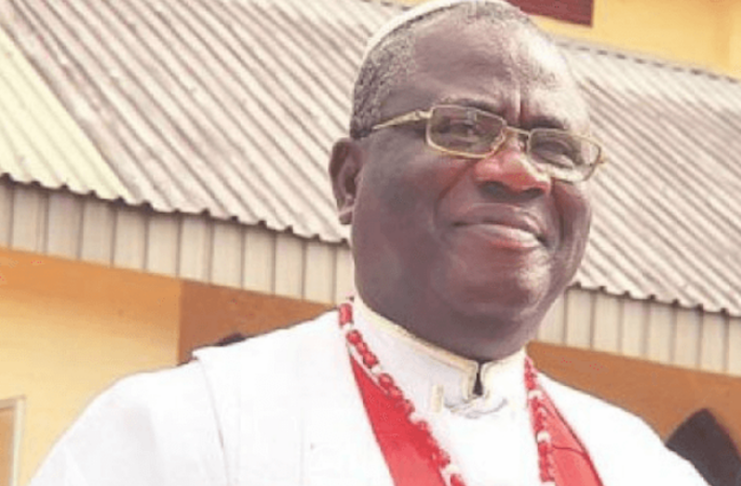 THE kidnapped Prelate of the Methodist Church, Nigeria, Samuel Uche, has revealed that a total sum of N100 million was paid as ransom before he was released.

The cleric, who spoke in Lagos on Tuesday, also said his abductors beat him.

The Prelate further disclosed that the gang threatened to kill him if the N100 million was not paid.

PFN, CAN condemn kidnap of Methodist Prelate, others in Abia

According to him, the ransom was raised by the Methodist Church in Nigeria.

The ransom was arranged in five sacks of N20 million when it was handed over to the kidnappers before the Prelate was freed.

Uche further claimed that the government and security agencies made no attempt to free him during his short ordeal in the kidnappers den.

The ICIR reported that the Prelate, the Bishop of Owerri, Dennis Mark and the Prelate’s Chaplain were kidnapped on Sunday in Umunneochi Local Government Area of Abia State.

The abductors had earlier demanded N100 million as ransom before reports emerged that the Prelate has been released along with the other victims on Monday evening.

HEAVY security presence was observed despite a low turnout of passengers as the Nigeria...

FORMER Governor of Lagos state and presidential flagbearer of the All Progressives Congress (APC)...
Advertisement