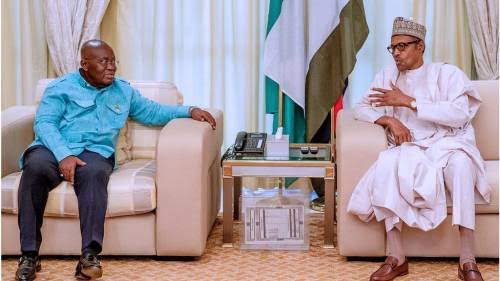 THE President of Ghana, Nana Akufo-Addo, has tendered an apology over the attack and demolition of Nigeria’s High Commission building in Accra, Ghana.

This was revealed on Tuesday night by presidential spokesperson, Garba Sheun.

Mr. Garba also revealed that some arrests have been made related to the incident and will soon be charged to court.

“President Nana Akufo-Addo of Ghana Tuesday spoke with President Muhammadu Buhari, expressing his sincere apology for demolition of a building on the premises of Nigerian High Commission in Accra, Ghana.

“In a telephone call, the Ghanaian leader told President Buhari that he has directed full investigation into the incident.”

“Earlier in the day, it further emerged that some suspects had been arrested, and will be arraigned in court,” he said.

PDP knocks Buhari for travelling to attend a virtual summit…