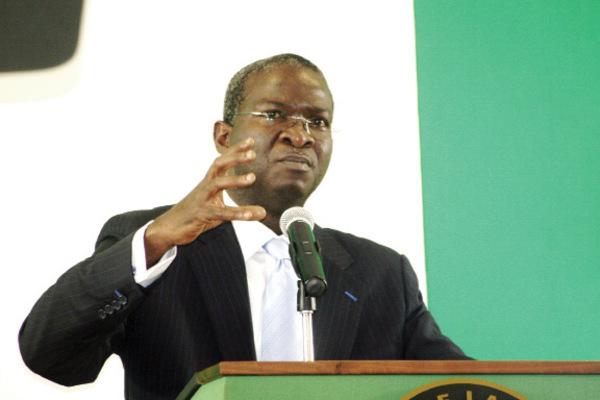 The governor of Lagos State, Babatunde Fashola has urged the Presidential Advisory Committee on National Dialogue to study the report of the 2006 conference and set a clear agenda for the success of the talks.

Fashola gave the advice when members of the committee led by its chairman Femi Okunrounmu paid him a courtesy call.

He said if there must have a dialogue, there must be an agenda and every view must be heard.

“If we refuse to listen to the views of the aggrieved, it portends great concern whether or not we can dialogue. If those that do not agree are heckled and shouted down, then for me, the platform for dialogue is already defeated,” he said.

He stressed that “a dialogue by its very definition, demands that you must listen to every view, both agreeable and disagreeable”.

The governor listed unemployment, lack of education, power supply, hunger, national security as some of the agitations of the people that should be discussed.

“When the people are prosperous, they often tend to be less violent,” he said.

Earlier, Okunrounmu had promised that the views of the people would count.

“This is an event that people have been agitating for for decades and since the announcement Nigerians have been overwhelmed,” he said.

He said the visit of members of the committee to the state was in continuation of consultations with Nigerians across the six geo-political zones.

Group Says Fashola Government Has Performed Only In Newspapers