THE Independent National Electoral Commission (INEC) says there has been mobilisation of thugs from within Kogi and Bayelsa states ahead of governorship elections fixed for November 16.

“We are also concerned that thugs have been mobilised from within and outside the States with the aim of either influencing the elections or disrupting the process on behalf of partisan sponsors,” said Mahmood Yakub, INEC chairman on Friday at a meeting with Inter Agency Consultative Committee on Election Security (ICCES) held at INEC Headquarters, Abuja.

Yakubu noted that “There are already warning signals in the two states,” adding that “Both are politically volatile. Elections have been severally disrupted by violence in the past.” 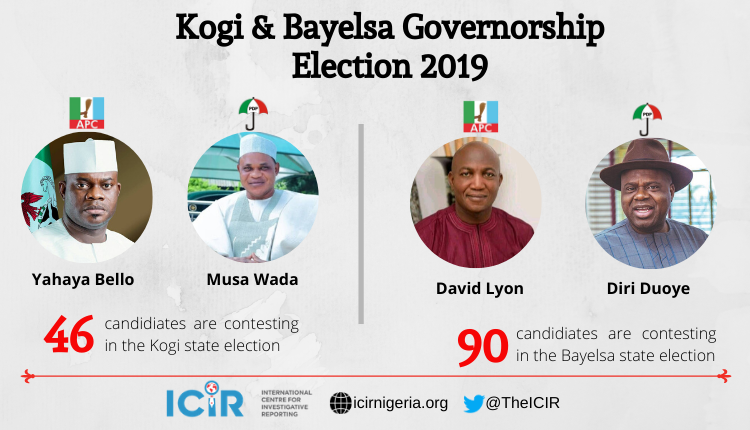 The INEC chairman disclosed that a risk assessment by the Commission has already identified some flash points.

“Our own risk assessment which will be shared with the security agencies at this meeting has identified some flash points,” he said.

“This calls for a robust response before the elections, on Election Day and during the process of collation and declaration of results.”

He emphasised that Nigerians expect that by now the nation has learnt enough lessons from previous elections to ensure a swift security response to the increasing desperation by political actors to disrupt elections and subvert the will of the electorate.

“If that happens, many Nigerians will blame the electoral umpire and the security agencies. We must continue to rise to this challenge,” Yakubu said.

He however expressed optimism in the ability of the security agencies to provide adequate security during the elections.

“We are equally confident that with the sheer number of personnel the security agencies are deploying in the two states, there can be no excuse for the processes to be undermined by anti-democratic elements,” he said.

“We are equally re-assured that security personnel will adhere strictly to the standard operational guidelines and deal decisively with misconduct by their personnel on election duty.

“We have been re-assured by the security agencies that Election Day activities at polling units and collation centres will not be disrupted by the activities of hoodlums neither will thugs be allowed to cart away results sheets or compel our ROs to make declarations under duress.”

He said the Commission was  equally confident in the assurances it has received from the security agencies of civil and professional conduct by their personnel deployed for the elections.

On its part, Yakubu stressed that INEC was committed to the integrity of the process.

“Over the last seven months, we have been working assiduously to ensure that we conduct credible elections. We cannot undermine the processes we have so laboriously established,” he said.