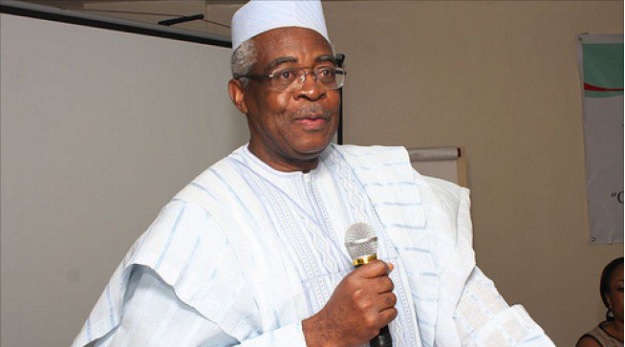 Social media has been agog with comments since Theophilus Danjuma, former Chief of Army Staff and former Minister of Defence, said on Saturday that the military had been colluding with armed bandits in the killings across the country.

Speaking at the maiden convocation of the Taraba State University, Jalingo, Danjuma had urged Nigerians to rise up and defend themselves, as the people entrusted with the security of the nation were insincere.

“Everyone of us must rise up,” Danjuma said. “The armed forces are not neutral. They collude. The collude. They collude with the armed bandits that kill people, kill Nigerians. They facilitate their movement, they cover them.

“If you are depending on the armed forces to stop the killings, you will all die one by one. The ethnic cleansing must stop in Taraba State, must stop in all the states of Nigeria. Otherwise, Somalia will be a child’s play.

Many who shared their thoughts on the issue said such a warning coming from a man of Danjuma’s status, indicates that there is a serious problem in the country, and deliberate steps must be taken to avert a major catastrophe.

Others, however, said Danjuma  should be arrested for calling on the people to defend themselves, as that could throw the country into anarchy. One even said Danjuma’s children are friends with Buhari’s and are enjoying life, but he wants the poor to start killing one another.

Yet, others say Danjuma, as Defence Minister under ex-President Olusegun Obasanjo, sanctioned the Odi massacre, so had no moral right to make such pronouncements.

Below are some of the reactions:

Nigeria’s former Chief of Army Staff and Minister of Defence, TY Danjuma, has passed a vote of no confidence on the Nigerian Military. He accused them of collusion in many killings across the country.

There is a problem.

Can anyone accuse TY Danjuma of not being a patriot? How many Nigerians have done for Nigeria what TY has done for this nation? Few. Very few. When he talks like this, we should know that it has gotten to a very bad state. I call on the government to heed his call.

General T. Y. Danjuma just said what we have said several times… There is complicity from the highest place in this country concerning these killings by herdsmen. I hope they won’t now remember that Gen. Danjuma keeps “looted” billions of dollars in his borehole…

T Y Danjumas role in Jukun-Tiv wars of late 80’s & 90’s claimed thousands of life is still fresh. If you go to Wukari you will homes with marks of bullet holes for many decades – legacy of the endless Jukun-Tiv war. Danjuma insighted war then, he was safe in Abuja mansion. Bewise

Danjuma who participated in the pogroms & was mocking the SE & SS in 2015 is now wailing…..

He thought Buhari’s ethnic supremacy would not touch his people.

Injustice to one will become injustice to all. https://t.co/rTT0lLbXXm

This is actually a major indictment. TY Danjuma is one of the more taciturn big hitters we have in Nigeria. Time for the military to think about this. Enough of watching out for “body language”

That T Y Danjuma calling on you to go buy AK-47 & AKM rifles with thousands of 5.45×39mm ammunition is a friend to @MBuhari. His Children and @MBuhari‘s Children are friends enjoying life, rather than call on his friend to protect the poor, he calls on the poor to kill each other pic.twitter.com/itgnqJp8hn

The real ethnic cleansing is when a predominantly Ijaw dominated Odi Community was razed down and hundreds of people were killed by President Obasanjo and his Minister of Defence, TY DANJUMA.

TY Danjuma is not a man who’s reckless with words. He’s a retired Army General, Chief of Army staff and fmr Defence minister. Take his words with all seriousness.

Lets forget TY Danjuma for a sec. What do you think would finally happen when people lose confidence in the govt/security to protect them like we are seeing now? People are gonna start defending themselves!!!

Point is, TY Danjuma or not, Nigeria is on the edge. @segalink

The Nation is tip toeing through a Minefield,the two Generals,Buhari and Danjuma are experienced enough to know that its fate lies in every step.

“This (Danjuma’s remarks) is highly uncalled for and is invitation to anarchy and should be disregarded by well-meaning Nigerians,” Dan-Ali said through Tukur Gusau, his spokesman.

“The efforts of the Nigerian military towards restoration of peace, security and order in Nigeria are evidently clear. The armed forces is well-organised and highly professional in discharging its constitutional mandate.”