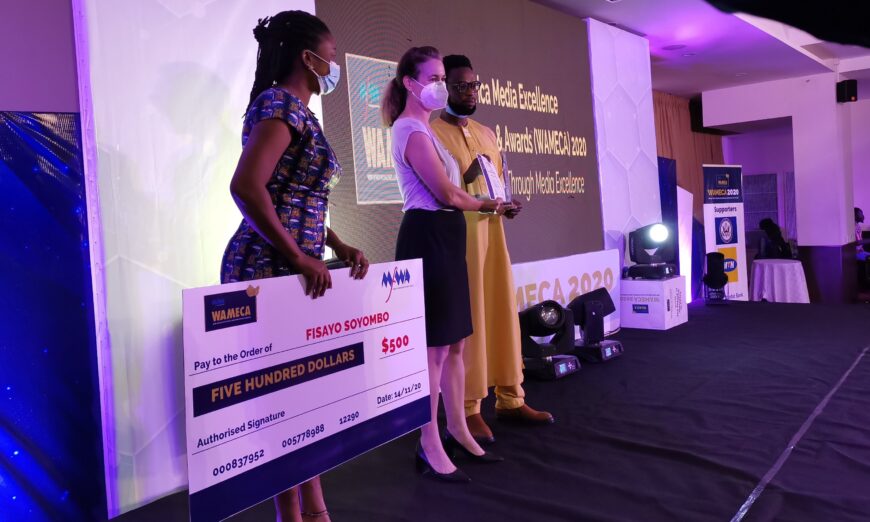 AN investigative report commissioned by the International Centre for Investigative Reporting, ICIR, has emerged winner at the 2020 West Africa Media Excellence Awards (WAMECA), held on Saturday in Accra, Ghana.

The award, “Social Media, Fake News and Elections in Africa” recognises exceptional reporters in the diverse field of journalism and celebrates and promotes media excellence in West Africa.

Kelechukwu Iruoma, a freelance journalist, won the overall best reporting in Business and SMEs reporting for his investigation on How Thugs Rule in Rivers Markets, Force Multiple Illegal Taxes on Petty Traders which was funded and published by The ICIR.

Iruoma’s report exposed how thugs forced traders in various markets across Rivers State to pay multiple illegal taxes and how this affected their businesses.

His investigation showed that, in most markets in Rivers State, traders usually create space on the main road to sell their goods because shops and stalls provided by the government inside the markets are too pricey.

Other winners from Nigeria include former editor of The ICIR,  Fisayo Soyombo who won best reporter for investigative reporting, Innocent Duru and Olatunji Ololade of The Nation Newspaper won best reporter on Telecommunications and ICTs and Environmental Reporting Category respectively.

Funke Busari of Premium Times was the winner in the Human Rights category.

Chat us on WhatsApp
Advertisement
Previous articleNAS condemns clampdown on #EndSARS protesters by govt, calls on CBN to unfreeze bank accounts
Next articleBakare warns against clampdown on #ENDSARS campaigners by government