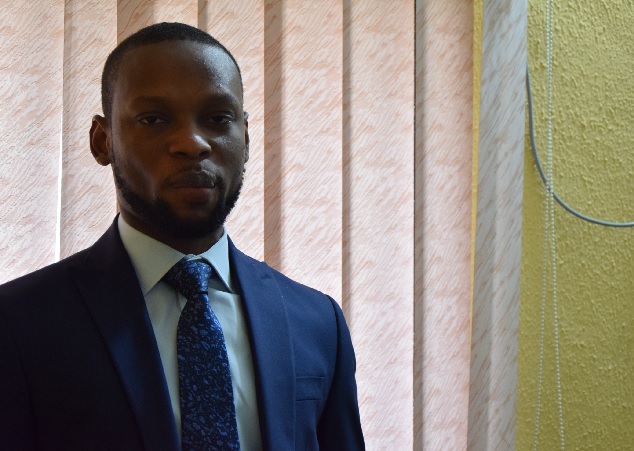 It is the second time in a row, and overall the third time in four years, that Soyombo has won the award, organised by the Wole Soyinka Centre for Investigative Journalism (WSCIJ).

In 2014, he won for Blood on the Plateau — a five-part series detailing the venomously-orchestrated killings in Plateau State and proffering solutions to ending the violence.

In 2015, he was first runner-up for his three-part series on the mismanagement of Ebola funds in Liberia.

In 2016, he was named second runner-up in the online category, for his story, UNDERCOVER INVESTIGATION: Nigeria’s ‘Customs of corruption, bribery and forgery’. Moments later, he then won the first prize in the same category, for Forgotten Soldiers — a hard-won exploration of what it means for a soldier to suffer life-threatening injuries while defending his country’s territorial and existential integrity, and then watch helplessly as he is ignored and forgotten by the army, government and people he defended. For the same story, he claimed the overall prize and was therefore declared the Nigerian Investigative Reporter of the Year.

On Saturday, Soyombo won the online category for his story: UNDERCOVER: In Borno, children are dying at IDP camps, foodstuffs are ‘disappearing’ at SEMA store. Kemi Busari of Premium Times and Ebere Chukwu of Ripples Nigeria were first runner-up and second runner-up respectively.

Having won the award a maximum of three times, he is now ineligible to apply from 2018.

Back in December 2016, Soyombo won the Maritime Economy category of the Zimeo Excellence in Journalism Awards organised by the African Media Initiative, in Nairobi, Kenya, for his undercover investigation on the Customs.

Four days earlier, he had been second runner-up in the Investigative Journalist of the Year category of the 25th Diamond Awards for Media Excellence (DAME) — again for the same Customs investigation.

In November 2016, he won the Newcomer of the Year — Hans Verploeg Award at the 2016 Free Press awards, which held in The Hague, Netherlands — an award he dedicated to Enenche Akogwu, the Channels TV journalist killed by Boko Haram in 2012.

That award came a month  after he was named Journalist of the Year (Business and Economy Reporting) in the PricewaterhouseCoopers Awards, and three months after his short-listing for the 2016 Kurt Schork Awards in International Journalism.

He was first short-listed for the Kurt Schork awards in 2014, for ‘Blood on the Plateau’ — a five-part investigative series on the ethnocentric killings in Plateau state, published in December 2013. That year’s finalists were chosen from “almost 300 stories entered by 93 journalists from 41 countries”

A finalist for the 2015 Thomson Foundation Young Journalist from the Developing World FPA Award, his works have been translated into French, German and Arabic.