If not for education, I’d have been involved in the herdsmen crisis, says Buhari in Bauchi 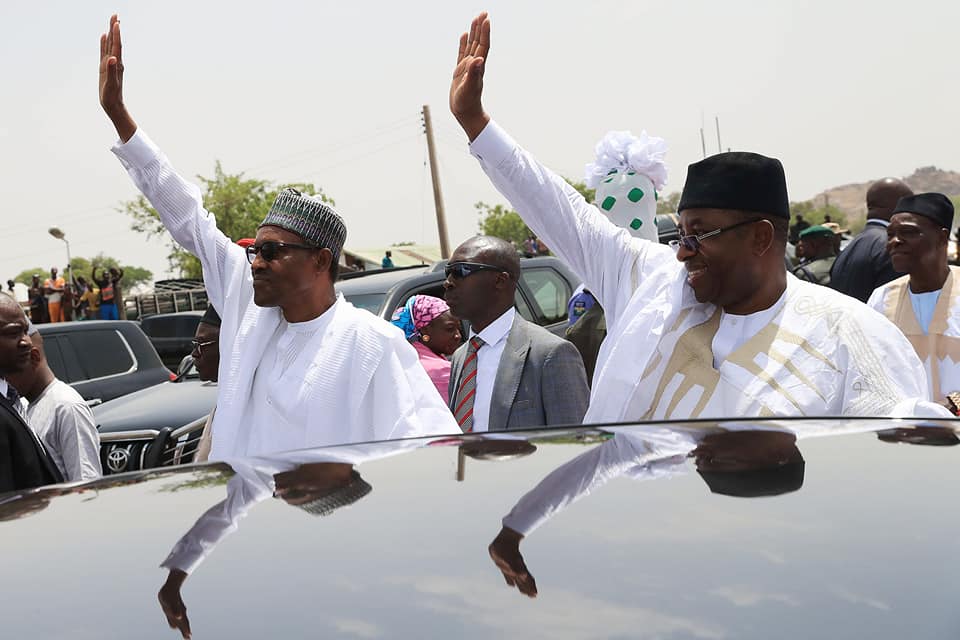 President Muhammadu Buhari says he may have been involved in the herdsmen/farmers’ clashes had he not gone to school, adding that one needs to be educated in order to benefit from the society.

Speaking during his two-day visit to Bauchi, Buhari said it was not compulsory for the government to provide every citizen with what to do, urging parents to make sure their children acquire good education.

“Make every effort to put your children in school, plead with them to be patient and read hard. In this generation, you cannot make it except you are educated,” Buhari said.

“Now, look at the farmers/herdsmen’s clashes in the northern part of this country. I have been telling people that if I had not gone to school, I would not have gone into the military and where I come from since my cows are finished; maybe, I would have been involved in this fight.

“But because I went to school, I got a job to do. Desertification is everywhere, there is no bush we will go to and cut down trees and the rainy season is not promising. Because of that, education is the guarantee.

“You should strive hard and be educated, get the education that will benefit you and the society, it is not compulsory that government will give you what to do.”

The President restated his resolve to seek re-election in the 2019 general elections, declaring that he would emerge victorious.

He said he would ensure that corrupt government officials and looters are brought to book and looted funds returned to the country’s treasury.

During the visit, Buhari commissioned the 261 Nigerian Air Force Referral Hospital, some roads and five tractors and some farm implements.

CAN laments Buhari’s preoccupation with re-election bid for 2019

National Assembly has not empowered CCB to release asset details of Buhari,…

Declaring asset publicly is not in our constitution, Buhari will not declare ─ Femi…