In Bahrain, if you tweet in support of Qatar, you’re going to jail!— 2mins read 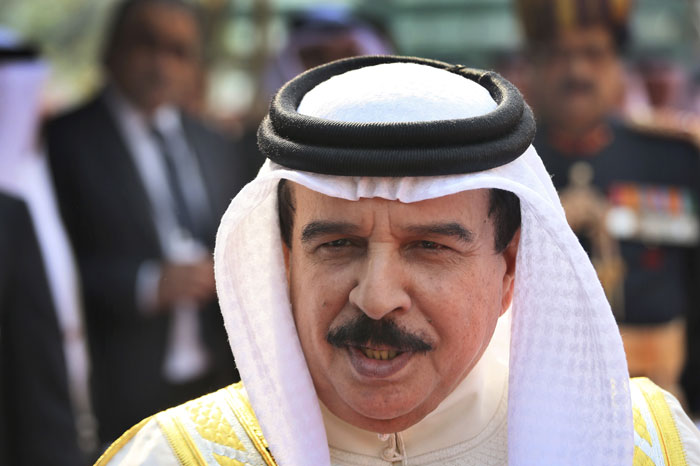 The ongoing diplomatic row between Qatar and its neighbouring countries is getting messier, as Bahrain on Thursday announced that any form of public expression of sympathy for Qatar is an offence punishable by up to five years in jail.

On Monday, Saudi Arabia, the UAE, Bahrain and Egypt announced that they were cutting diplomatic ties with Qatar because “the leadership of the country was sponsoring extremist groups in the region”.

Qatar has “firmly” denied the allegations.

“Any expression of sympathy with the government of Qatar or opposition to the measures taken by the government of Bahrain, whether through social media, Twitter or any other form of communication, is a criminal offence punishable by up to five years in prison and a fine,” read a statement by the Bahraini ministry of interior.

MOI affirms as a sovereign right of Bahrain, any show of sympathy or favouritism for the Qatar government

PT: or objection to Bahrain’s action on the social media in the form of tweets, posts or any spoken or written word

PT: will be considered a crime punishable under the Penal Code and will lead to a jail term of up to five years and fine

PT: This step is being taken to maintain the security and civil peace and protect the supreme national interests.

The United Arab Emirates (UAE) had on Wednesday announced a similar decision, warning that offenders could face between three and 15 years in prison and a fine of 500,000 dirhams (about $136,125) for criticising government’s decision to cut ties with Qatar.

Donald Trump, US President, claimed the development is a result of his strict message to the Muslim world during his recent visit to Saudi Arabia.

“So good to see the Saudi Arabia visit with the King and 50 countries already paying off,” he tweeted on Tuesday.

“They said they would take a hard line on funding extremism, and all reference was pointing to Qatar. Perhaps this will be the beginning of the end to the horror of terrorism!”

However, Recep Tayyip Erdogan, the President of Turkey, criticised the move to sanction Qatar, saying he would develop deeper ties with the embattled tiny gulf state.

“Let me say at the outset that we do not think the sanctions against Qatar are good,” Erdogan said.

“Turkey will continue and will develop our ties with Qatar, as with all our friends who have supported us in the most difficult moments. Presenting Qatar as a supporter of terrorism is a serious accusation.

“I know [Qatar’s leaders] well and if that had been the case, I would have been the first head of state to confront them.”

FG should dialogue with groups calling for secession…

Military will resist every form of violence against Nigerian…

Allegations against Igboho were considered spurious by…

Nigeria receives six of 12 Super Tucano aircraft from US