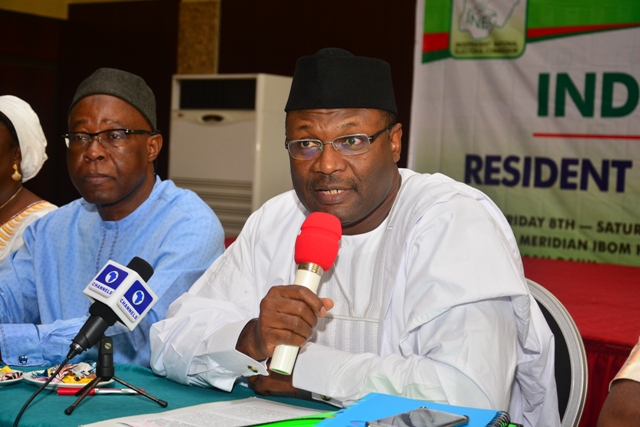 This is coming days after the commission had earlier dissociated itself from the election, saying it has no legal control over state electoral commissions.

At a workshop on Friday, Mahmood Yakubu, Chairman of INEC, said a committee had been formed to investigate the incident and come up with recommendations.

“We wish to assure Nigerians that the matter will be fully investigated,” Yakubu said. A national commissioner will lead a team including technical staff drawn from voter registry, ICT and electoral operations departments for an immediate and comprehensive investigation. We will share the findings with Nigerians.”

The commission had earlier said it could not be held liable for the development because it does not have control over the Kano state electoral agency, which conducted the local government election where the illegible voters participated in.

In a statement issued on Tuesday by Oluwole Osaze-Uzzi, INEC’s director, voter education and publicity, the commission had said it would not accept responsibility for an election conducted by a body “over which we have no legal control or responsibility whatsoever”.

“The Commission wishes to inform the public that the images do not relate in any way to any election organised, conducted or superintended by INEC,” it said.

“As far as the Commission can ascertain, they relate to a Local Government election conducted at the weekend, and over which we have no legal control or responsibility whatsoever.

“While the Commission remains resolute in our commitment to sanitize the nation’s electoral process and deliver free, fair and credible elections, we cannot be held directly or vicariously liable for an exercise outside our legal purview.

“It should be pointed out here that Local Government elections are exclusively the constitutional responsibility of the respective State Electoral Commissions, who are in no way under the control or supervision of INEC.”

Umar Ganduje, Governor of Kano State, also denied that there was underage voting in the election, saying the videos being spread on social media were mere propaganda.

“That was propaganda,” he said.

“You can ask the national observers who went there. They held a press conference. All those pictures were children during a school assembly. It is not true; it is part of the propaganda. Let them go back to the states and ask the people, ‘did they queue up and vote in the election?'”

“So, we don’t even need to respond to such falsehood. Ask those who are credible and who witnessed the election, I think that is the most important rather than rely on the social media where things are crafted, and take pictures that were pre-arranged. We don’t rely on that.”

In one of his interviews, Ganduje had also boasted that Kano state would deliver five million votes for President Muhammadu Buhari if he decides to run for a second term in 2019.

People who don’t share our values have infiltrated us, says Oxfam ED

We were instructed to transmit election results to INEC server, presiding officers…

Election aftermath: ICPC to hold dialogue on how to tackle vote buying