Featured News
By Oghenekevwe Uchechukwu On May 14, 2021 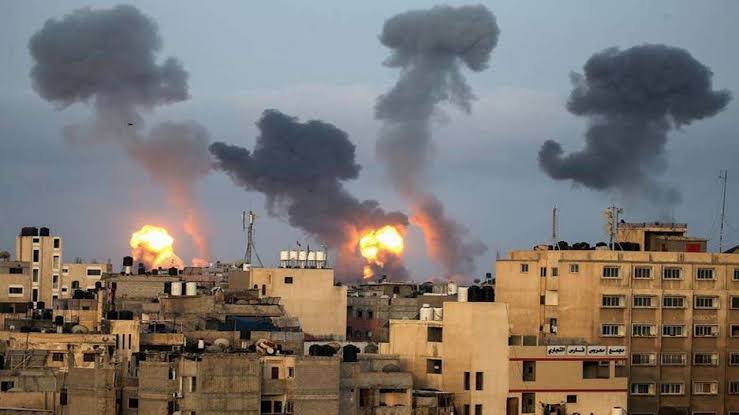 THE week-long war between Israel and Palestine has claimed at least 113 lives, including children. It may trigger a full-blown war and result in a fresh humanitarian crisis amidst the ongoing Covid-19 pandemic, experts have warned.

The United Nations human rights experts expressed grave concerns about Israel’s aggressive response to protests in East Jerusalem, and called on Israel, as an occupying power, to immediately lift its threat to evict hundreds of Palestinian households from their legally protected homes.

“Re-establishing calm in Jerusalem is important, but creating the conditions for justice and equality in the City are even more important,” the experts said in the statement.

On Monday evening through Tuesday, Hamas, the militant group that controls the Gaza Strip, fired hundreds of rockets at Isreal in retaliation of its attack on Muslim worshippers at Al Aqsa Mosque on May 7, after a two-hour ultimatum for Israeli troops to evacuate Al-Aqsa, lift the siege on worshippers and release all prisoners expired.

As at Tuesday afternoon, the Israeli military had conducted more than 150 strikes in Gaza, according to a military spokesman, who said Israel had also called up 5,000 reserve troops to active duty to ‘enhance’ its operation in Gaza.

Hamas leader Ismail Haniyeh urged Palestinian citizens on Friday to go out and demonstrate in protest against the continuing bombardment of Gaza.

A video posted on social media by New Press publication showed several Israeli settlers allegedly attacking Palestinian homes in the city of Hebron in the West Bank early on Friday.

As both sides continue to launch counter attacks, many civilians have been caught in the crossfire – hundreds injured and many rendered homeless in addition to the casualties.

The UN Security Council is expected to meet on Sunday to discuss the situation in Israel and Gaza.

The  United States and the European Union have called for a de-escalation of violence while several countries in the Middle East, including Turkey, condemned the Israeli police response to tensions in Jerusalem.

Fresh hostility between Israel and Palestine is also capable of derailing the race towards the equitable distribution of the Covid-19 vaccines and cause global economic slowdown.