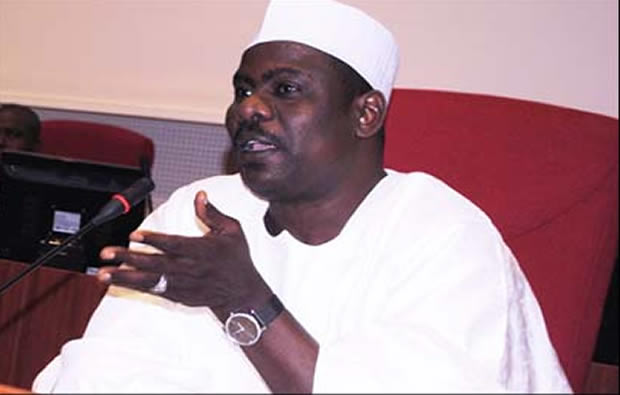 MOHAMMED Ali Ndume, the senator representing Borno South Senatorial District says it  would amount to third term if the All Progressives Congress (APC) fields a northerner as its presidential candidate in 2023.

The former senate leader in an interview with Daily Trust, said in the spirit of fairness, justice and fair play, the party should zone its presidential ticket to the South.

Series of reactions have trailed the President Muhammadu Buhari’s nephew, Mamman Daura’s, statement that zoning should be jettisoned in 2023.

Ndume said the party should zone its ticket to the South, adding that retaining the presidency in the North would be unfair for the party and the country.

“To me, as a founding member of the APC that witnessed the first convention where the presidency was deliberately zoned to the North and four candidates from the region: President Muhammadu Buhari, former Vice President Atiku Abubakar, Senator Rabiu Musa Kwankwaso and Sam Nda-Isaiah, slugged it out, with Rochas Okorocha exercising his constitutional rights.

He further said the best thing is to allow southerners to slug it out among themselves for the 2023 presidential ticket of the APC.

“For me, I have drawn the line already because everybody will stand before God and account for his deeds. We supported the zoning of the presidency to the North and we supported the president and he is spending his eight years in line with the constitution of the country,” Ndume said.

“By extension, the North is only allowed to serve two terms. So, if a northerner comes in again, it does not matter whether the person is Buhari or not, or a new name, that would mean that the North is going in for a third term; which is unconstitutional.”

Also speaking on the party’s forthcoming convention, he said the zoning of the party’s presidential ticket to the South would mean that the North would produce the next National Chairman of the APC.

“I’m somebody that believes in equal rights and justice, because it is only when you adhere to that that you will have peace.

“So, I don’t want to dabble into leadership zoning; but impliedly, if I’m saying that the southern part should produce the president, then the chairmanship position should go to the North,” Ndume said.

Presidency to OBJ: You have descended from Commander-in-Chief to the lowly level of…