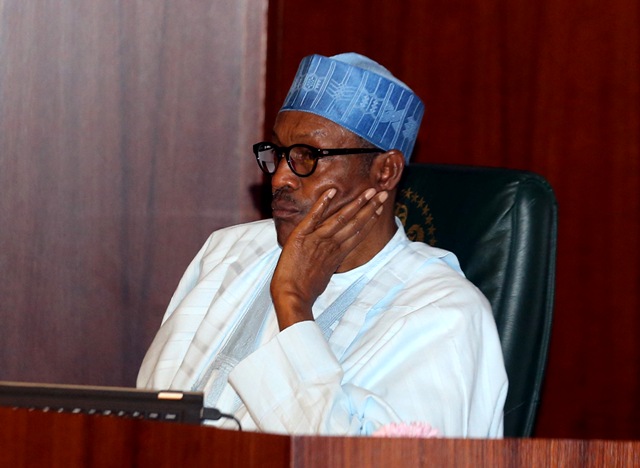 The priests were murdered alongside 19 others on Tuesday morning when the herdsmen attacked Ayar-Mbalom, a community in Gwer East Local Government Area. About 50 houses were reported to have also been burnt down by the attackers.

In a statement, Buhari said the attack on places of worship is clearly aimed at stoking a religious crisis  which would further plunge the communities in Benue State into more bloodshed.

“I extend my sincere condolences to the Government and people of Benue State, the Mbalom community, and especially the Bishop, priests & members of the St Ignatius’ Catholic Church, whose premises was the unfortunate venue of the heinous killings of worshippers and two priests by gunmen,” Buhari stated.

“This latest assault on innocent persons is particularly despicable. Violating a place of worship, killing priests and worshippers is not only vile, evil and satanic, it is clearly calculated to stoke up religious conflict and plunge our communities into endless bloodletting.

“I want to assure the people of Benue, and all Nigerians, that we will ensure that the assailants are apprehended and brought to justice for this vile and sacrilegious act.”

Killings by suspected herdsmen have continued unabated in many communities across several states of the federation, including Benue, Zamfara, Taraba, Plateau and Kaduna. In 2018 alone, hundreds of people have lost their lives in farmers/herdsmen-related crisis.

Though the federal government insists that security in the affected States has been beefed up, the killings do not appear to have reduced.

Earlier in January, after the new-year-day attack in Benue State that claimed almost 100 lives, Buhari ordered Ibrahim Idris, Inspector-General of Police, to relocate to the State and remain there until peace had been restored, but the IGP spent less than 24 hours in Benue before handing over the operation to a Deputy Inspector-General of Police and flying back to Abuja.

When Buhari was informed of this during his visit to Benue State in March this year, he claimed he did not know that Idris flouted his orders.

He pleaded with the people of the State to accommodate the herdsmen and live in peace with them as God cannot be questioned as to why he decided to put over 250 ethnic groups together as one Nigeria.

Dino Melaye has never been formally invited by the police, says media aide