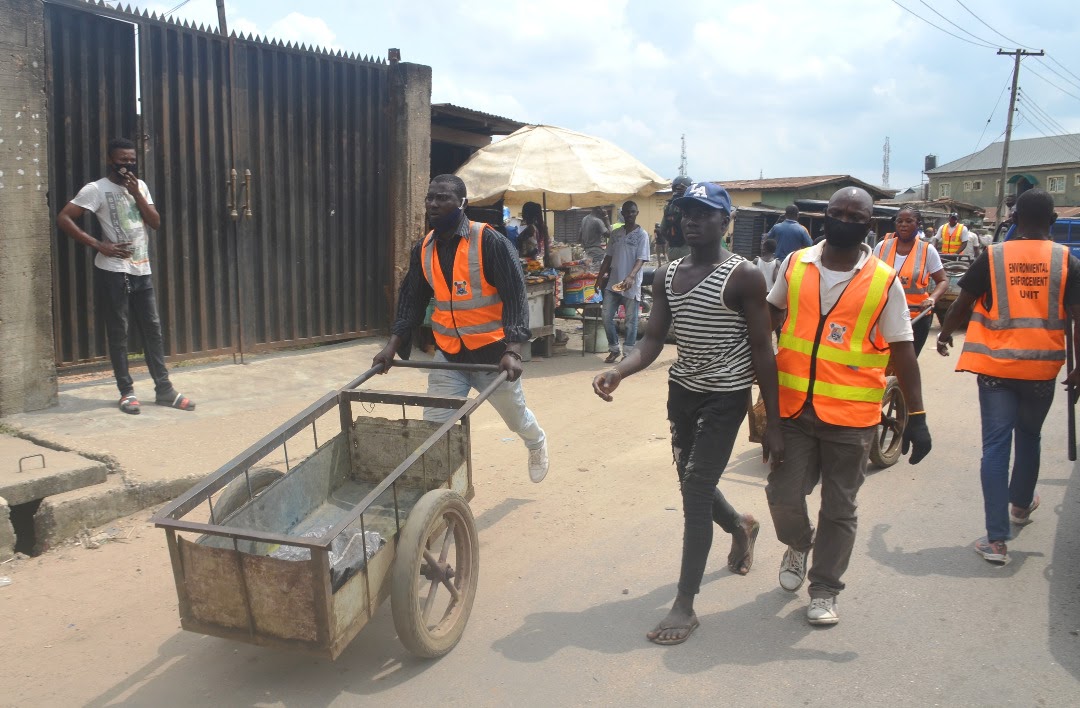 The Lagos State Government says it is banning cart pushers from operating in Somolu and Bariga area of the state.

A statement  by Ibrahim Odumboni, acting Managing Director of Lagos Waste Management Authority (LAWMA), on Sunday explained that the activities of cart pushers in the state have given rise to concerns on environmental degradation.

“Concerned by the growing trend of environmental degradation occasioned by the activities of cart pushers, the Lagos Waste Management Authority (LAWMA) has embarked on a clampdown on all forms of cart pushing in Somolu and Bariga area of the state.”

Odumboni stated that the LAWMA has stepped up its efforts to make Lagos State cleaner and livable for all through the introduction of novel waste management programmes, as well as supporting Private Sector Participant (PSP) operators to discharge their primary duties effectively.

He however pointed out that efforts to protect the environment were being hampered by the activities of cart pushers who engaged in flagrant acts of indiscriminate waste disposal in such places as canals, road medians and undeveloped property, among others.

“The menace of cart pushing in some parts of the state has led to the rise of indiscriminate waste disposal and exposure of residents to myriads of health hazards, especially during this period that the Lagos State Government is tackling the COVID-19 pandemic,” Odumboni.

“We cannot fold our hands and watch few unscrupulous elements jeopardise efforts of the State Government to make the Lagos metropolis cleaner, healthier and livable for all. To this effect, all forms of cart pushing remains banned and anyone caught contravening the Environmental Laws of the state will face the full wrath of the law,” he added.

He therefore urged and appealed to residents of the state to imbibe the culture of bagging waste and handing it to the assigned PSP operators instead of patronising cart-pushers or dumping refuse on the roads and other unauthorised locations.

Go to court if you are dissatisfied, Akpata tells candidates who lost NBA election

COVID19: Lagos wants to re-open schools soon, but is the state ready?

Lagos denies spike in infection rate in Amuwo Odofin, to deal with official who made…