Looming Humanitarian Crisis In Northeast May Be Worse Than Insurgency, MSF Warns 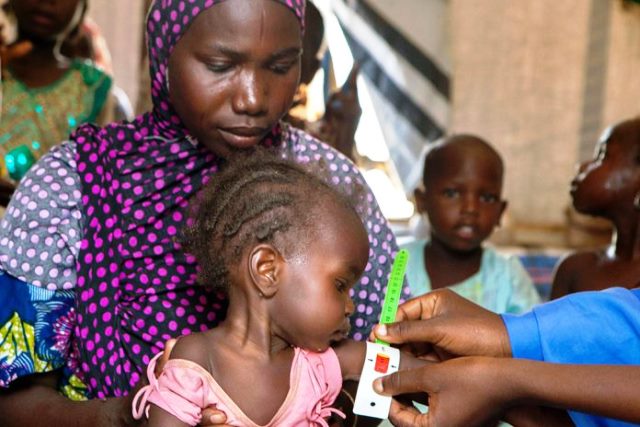 Unless urgent steps are taken to address the alarming food shortages faced by internally displaced persons, IDPs, in Borno State, Nigeria may soon be faced with a humanitarian crisis that is worse than the Boko Haram violence that has claimed more than 20,000 lives, the international medical humanitarian organisation, Médecins Sans Frontières, MSF, has warned.

The warning was issued today, Friday, in a press statement sent to the icirnigeria.org.

According to MSF, IDPs both in remote parts of the state and the capital, Maiduguri, are facing the problem of severe food shortages.

“The desperate living conditions in Borno state show the devastating impact of the ongoing conflict between Boko Haram and the Nigerian military. In several locations, people have sought refuge in towns or camps controlled by the military, and are entirely reliant on outside aid that does not reach them,” the statement read.

According to MSF, one in 10 children under the age of five suffers from life-threatening severe acute malnutrition in the border town of Ngala, where 80,000 displaced live in a camp cut off from the outside world. The organisation, which accessed the camp n September 19, was told that people depended on less than half a litter of water per day. MSF teams provided food and medical care, while it scales up assistance.

In Gambaru, another nearby border town, more than one in seven children face severe acute malnutrition. 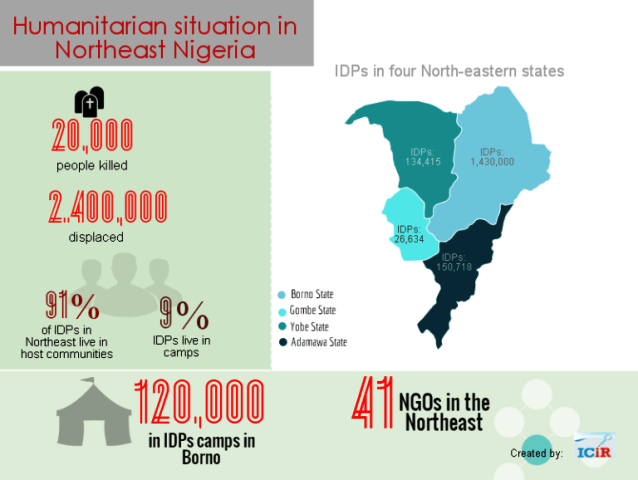 “The town’s 123,000 residents lack basic food supplies and have no access to healthcare after the town’s only clinic was burnt down. Roads are too dangerous for people to go elsewhere for medical care,” MSF added.

While towns like Bama, Banki and Gwoza face similar situations as Ngala and Gambaru, the MSF is shocked to find that in Maiduguri, where there has been no violence and several aid organisations are present for the past two years, the humanitarian crisis is similar.

Particularly, MSF found that in Custom House camp, an unofficial IDPs shelter, one in five children are suffering from severe acute malnutrition and the mortality rate “five times higher than what is considered an emergency, the main cause being hunger”.

In June, the icirnigeria.org reported the deplorable conditions IDPs faced in Bama, where as many as 21 deaths were recorded daily.

MSF later raised an alarm when it accessed the camp and also discovered that death stared people in the face.

“Although a nutrition emergency was declared three months ago, there has been a serious failure to help the people of Borno,”Hugues Robert, MSF’s head of emergency response, said.

The organisation is again calling for help for displaced persons.

“So far the aid response has been massively insufficient, uncoordinated and ill-adapted to the needs of people who are suffering the consequences of this crisis,” Natalie Roberts, MSF emergency programme manager, said.

“To avert an even greater humanitarian disaster, food and medical care must be delivered now to remote and accessible areas in Borno state. Nigerian authorities have a responsibility to make sure this happens for the sake of thousands who are at risk of imminent death.”