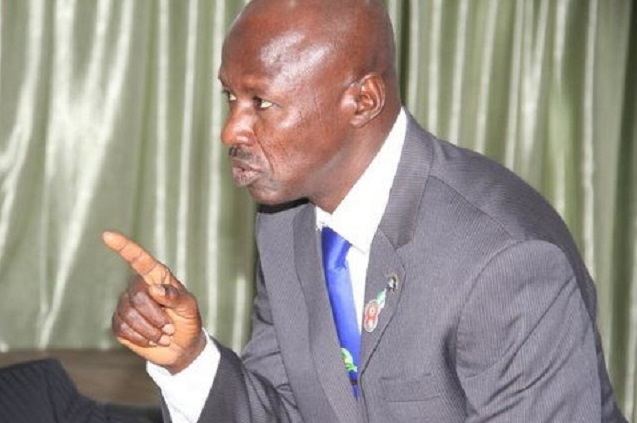 THE Presidency on Saturday broke its silence on the investigation and suspension of Ibrahim Magu, former acting chairman of Economic and Financial Crimes Commission (EFCC), describing it as a proof of the government’s commitment to ridding the country of corruption.

The government’s position was conveyed by Garba Shehu, the presidential spokesman in a Twitter statement where it is stated that ‘Magu was not immune.’

President Muhammadu Buhari on Friday approved the suspension of Magu as the acting chairman of EFCC in order to allow for unhindaered inquiry by the Presidential Investigation Panel into allegations of corruption and insubordination against him.

“Under this President and Government, this is our mantra and guiding principle. There are no sacred cows, and for those who think they have a halo over their heads, their days are also numbered,” he said.

“Magu was not immune – and regardless of the obvious embarrassment that potential acts of wrongdoing by him, given the office he held, may appear for the government.”

Shehu noted that the current administration had proven it was true to the cause, and that “no other administration in the history of Nigeria would have moved to bring into the light and public domain such an allegation.”

He stated further that the fight against corruption is not a static one and that the EFCC is just one of the actors in the government cause to rid the country of corruption.

“We must realize that the fight against corruption is not a static event, but a dynamic and ever evolving process, in which the EFCC is just one actor; and as we continue to work towards improving our democratic process so shall every institution of ours also embark on that journey of evolution,” Shehu stated.

“What is however important is that there must be accountability and transparency and our people must realize that they would be held to account. This is the building block in the fight against corruption, the establishment of the concept of Accountability and the recognition of the Rule of Law.”

Magu is being investigated following allegations made by the Attorney-General of the Federation and Minister of Justice, Abubakar Malami.

The allegations include the alleged sale of seized assets to cronies, associates and friends, though Magu denied the allegations.

Presidency contradicts self, says Buhari not in support of…