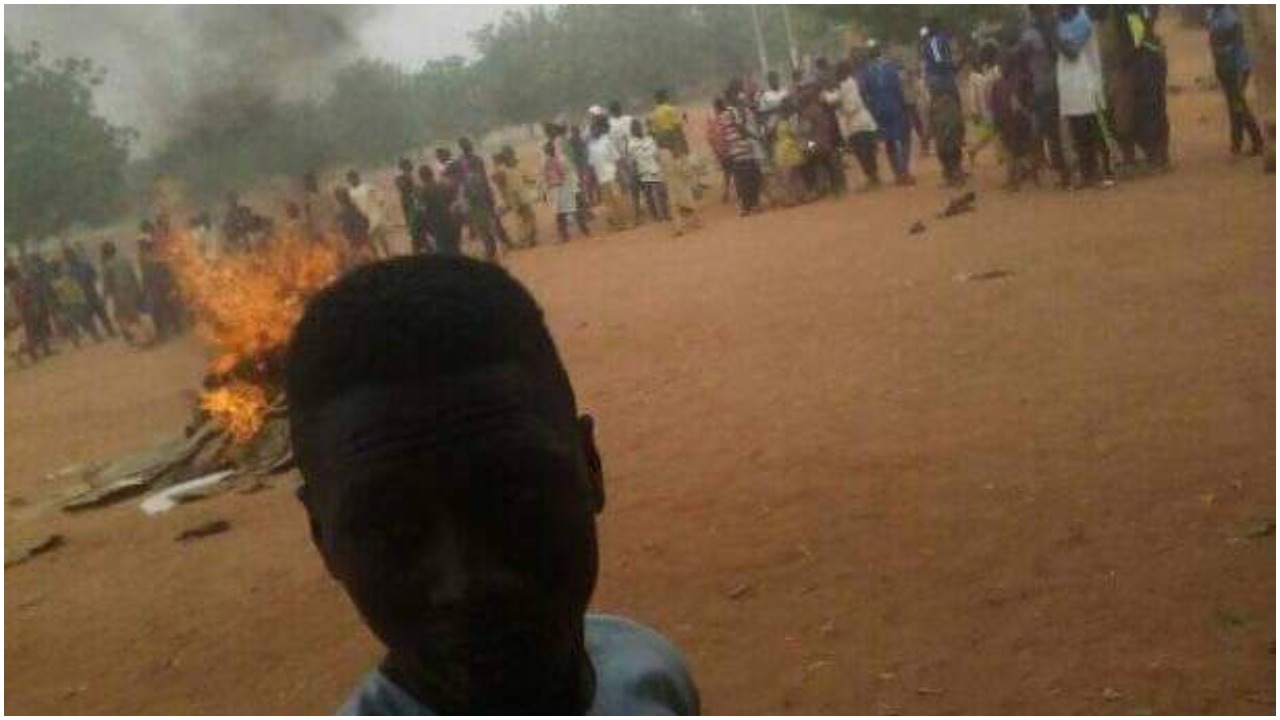 A WATER vendor identified as Talle Mai Ruwa has been burnt to death in Bauchi State for allegedly insulting Prophet Muhammad.

According to The Punch, the incident happened between Monday night and Tuesday morning.

A source was quoted as saying that Ruwa and his parents were all Muslims in Sade village, stressing that trouble had started when a certain lady went to fetch water from the deceased.

He was reportedly detained at a police station in Darazo Local Government Area of the state before he was seized the following day from the police cell by an irate mob who beat him to death and set his corpse ablaze using petrol and a disused car tyre.

“She fetched the water while he was not around and when he came back and saw her, he used his leg to kick the bucket and the water spilt.

“She pleaded with him in the prophet’s name to allow her fetch the water. He then abused her, her father, mother and the Prophet Mohammed. This infuriated the youth and the district head, who took him to a police station.

“In the morning, the whole town gathered and besieged the station. Because of the number of people that were there, they overwhelmed the police officers. The people brought him out and started pelting him with stones and shouting, ‘Allahu Akbar!’ They kept stoning him till he died. The youth brought car tyres and put it on him and set him ablaze.”

BLOOD ON UNIFORMS (2): No justice for inmates killed by…