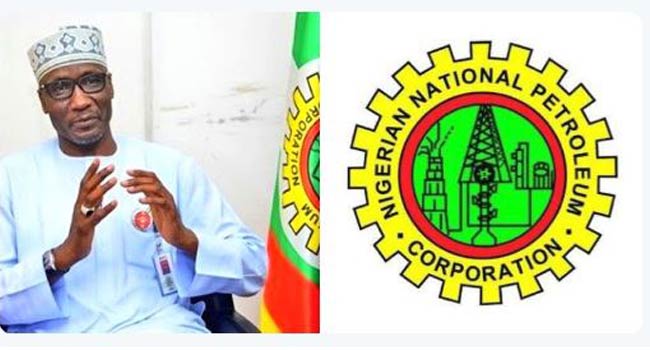 As I started my car engine this evening to ride out of boredom into the locked down world, I noticed that my fuel had drained. The red sign on the gauge jeered at me as if to say it would certainly draw some cash from my drained pocket. Even if I had no intention of driving out of my premises, I would have to filled the tank from a petrol station. My car must have enough fuel at all times so that in the event of an emergency I’m not caught napping.

I moved out of my estate on my way to the expressway only to discovered that determined and fierce-looking security operatives had tightened their grip on Abuja, restricting movement on major highways. They had mounted more roadblocks, holding down motorists for not less than fifteen minutes, as they extracted reasons why such motorists did not stay safe in their homes. On radio and social media, the scaled-up restriction received commendations from Nigerians, but the lack of tests had remained a nagging and unanswered question. Why should the people be restricted to their homes but not tested for coronavirus? Where are test kits?

We would not pose these questions to the police and other security agencies whose assignment was only to enforce government’s lockdown policy. I drove on in search of petrol, but the first fuel station I saw had its entrance locked up. I was shaken, took a look at my gauge to know if the fuel would still fire me to the next petrol station. At the next one, I found a short queue, and turned to the pump.

By intuition, I took furtive look at the fuel price. It said N135/litre. Certainly, that was a joke, I thought. As a result of the fall in the international prices of crude oil, government had reduced the price, initially to N125/litre and later further downward to N123/litre. Where did this petrol get its own price?
“How much do you sell petrol here?” I asked the attendant at the pump.

The attendant looked away. In anger, I drove off. Why should I be exploited even when the price of crude oil had fallen to a state of lamentation?

Two kilometers away, I located another petrol station and drove in. The attendant was dispensing fuel into a motorcycle. As I parked, I glanced at the price on display. It said N130/litre.

I gave up and bought N3,000 worth of petrol from that fuel station. Definitely government had increased the pump price of petrol. I recollected, at that point, that the Group Managing Director of the Nigerian National Petroleum Corporation (NNPC), Mr Mele Kyari was reported to have announced that the era of fuel subsidy in Nigeria had come to an end. We knew that fuel subsidy bred corruption, but putting motorists at the mercy of petrol merchants in Nigeria at this period of coronavirus would deepen the people’s pains.

GMD @MKKyari: "At the moment, the total contribution from the Oil & Gas Industry amounts to N21bn. Our Industry has the responsibility to support the FG in its efforts to bring relief to Nigerians by containing the impact of #COVID19 in Nigeria.#MeleKyarionSunriseDaily pic.twitter.com/6GHv8qIFwO

I returned to my laptop with the question, “what is the state of coronavirus in Africa?’ Apparently, without multiples or inexplicable deaths, in Nigeria the myth that coronavirus is more prevalent in the West was still trending. I was shocked at what I discovered. Data from all over Africa, as published by the World Health Organisation (WHO) showed that many Africans have died from the virus, some of them really prominent in their countries. There were already 534 deaths in 52 African countries where coronavirus has penetrated. The rate of infection is very high, with a total of 10,762 so far, and a snail speed rate of recovery, put at 1,192, a mere 10%, in a continent where the myth of immunity from coronavirus had ruled the airwaves.

The country with the highest infections on the continent is South Africa with 1,749 infections, followed by Algeria with 1,468 infections. Egypt closely follows with 1,450. Among the 18 countries with more than 100 persons infected with coronavirus, Nigeria ranked 12th with 245 infections as at April 8, 2020. 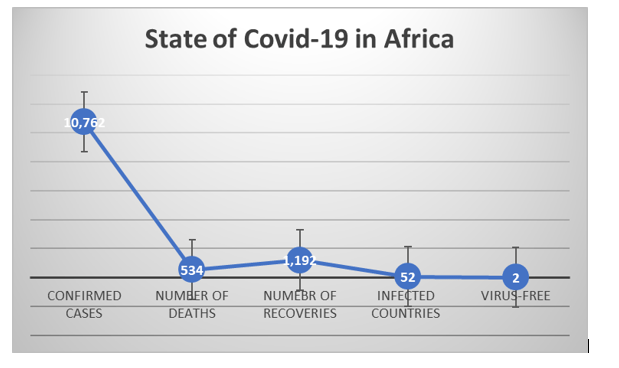 Most of those who have died travelled outside the continent for medical treatment, and were believed to have contracted the virus there. For instance, the first person to die in Nigeria, Suleiman Achimugu, 67-year-old, had just returned from the United Kingdom where he received treatments for other underlying ailments. A statement tweeted by the Nigerian Centre for Disease Control (NCDC) after his death said, “The 1st #COVID19 death in Nigeria has been recorded. The case was a 67-year-old male who returned home following medical treatment in UK. He had underlying medical conditions- multiple myeloma & diabetes and was undergoing chemotherapy.”

In other parts of the country, several prominent persons with underlying ailments have died. Mr Aurlus Mabele, who was considered as Congolese King of Soukous, a high tempo dance music which was popular across Africa had also died. Originally from Congo-Brazzavile, Mabele had moved to France in the 1980s, and died from coronavirus infection in a Parisian hospital at the age of 67. Also, an ex-Congolese President Yhombi Opango died in a hospital in Paris at the age of 81, due covid-19 infection.

From Somali, Ahmad Ismail Hussein Hudeydi, who is the famous father of modern Somali music and touted as ‘King of Oudi”, died after coronavirus infection in a London hospital at the age of 92. Also, a former Libyan Prime Minister who served after Ghaddafi’s ouster, Mahmud Jibril, died in an Egyptian hospital on April 5, 2020 at the age of 68 after receiving treatment due to coronavirus for two weeks.

Another important African victim of coronavirus was Nur Adde, a former Prime Minister of Somali. He was prime minister from 2007 to 2009. He died at the age of 82 in a London hospital after contacting the Covid-19 at the hospital. Also, Pape Diouf, a Senegalese journalist and sports administrator, was first to die of coronavirus in the French-speaking West African country. He was famous for being the President of a French Soccer club Marseille for several years. He died at the age of 68, after two weeks in the intensive care of a Dakar hospital.

In Cameroon, a jazz icon, Mgun Di Bango died as a result of coronavirus at the ago of 86. He was known as the soul of Makossa. A top legal aid to the president of the Democratic Republic of Congo (DRC), Makendi wa Mulumba, died in France where he went for medical check-up. He lost his life in the fight against coronavirus. Then, in the West African country of Burkina Faso, a top lawmaker, Ms Rose Marie Campoare, was the first casualty of Covid-19, as she died of the ailment on March 17 at the age of 62.

With these deaths and high rising cases of coronavirus infections, I fear that for Africa, the worst is yet to come. I fear that in the coming weeks, as more test kit arrive as foreign aid, mainly from China, the numbers of positive cases could quadruple, and deaths could mount at an astonishing rate. I fear to say that the state of coronavirus in Italy, Spain, UK, or even America today may be the picture of the future story of Africa, unless preventive measures are adhered to, or curative drugs are discovered and quickly dispatched to the African continent.

A question that mocks me is, “what efforts are African scientists making to tackle the challenge?” Would there be local preventive or curative measures? Professor Maurice Iwu, a former Chairman of the Independent National Electoral Commission (INEC) had announced that he had a cure for coronavirus, but it is not known if the authorities in the health sector have taken him seriously. Wouldn’t we give him the benefit of doubt, so that his efforts do not enter into the garbage, like those of prophets who are not acknowledged in their own communities.

If the Chinese didn’t go to the world cup in hand pleading for help, African countries should proudly seek local solutions to the pandemic, even if we would later need support from multinational and international organisations.