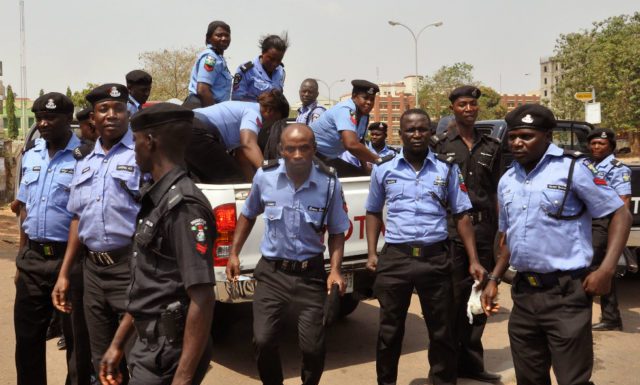 The disclosure came after staff count and full integration of payrolls across the country’s 42 police commands and formations into the Federal Government Integrated Payroll and Personnel Information System (IPPIS) in February.

A DAMNING INDICTMENT OF IPPIS

For decades, payroll fraud has continued to drain incredible sums of money from the Nigerian civil service. Infamously known as the ‘ghost workers’ syndrome, various methods have been employed to check it, but the beneficiaries continue to find new techniques. At all levels of government — federal and state — there is renewed passion to tackle the problem, especially since the coming of President Muhammadu Buhari’s ascendancy to power.

Ngozi Okonjo Iweala, former Minister of Finance and Coordinating Minister for the Economy, once revealed how the Federal Government blocked a N208.7 billion ghost workers scam in government parastatals and agencies after a biometric collection exercise implemented to get a proper data of federal civil servants revealed that 62,893 of the workers who were hitherto on FG’s payroll were ghost workers.

The minister said at the time that when the integrated Personnel and Payroll Information System (IPPIS) was implemented, most of the civil servants did not show up — an indication that they were ghost workers. After their disengagement, the Federal Government succeeded in saving about N208.7 billion usually expended as salaries and benefits on these ghost workers.

The IPPIS is one of the World Bank-engineered public sector reform programme in Nigeria coordinated by the Bureau of Public Service Reform (BPSR).

According to the BPSR, the IPPIS project, a World Bank-assisted programme of FG’s Economic Reforms and Governance Project (ERGP), was instituted in 2007 to provide a reliable and comprehensive database for the public service, facilitate manpower planning, eliminate record and payroll frauds, facilitate easy storage, update and retrieve personnel records for administrative and pension processes and facilitate staff remuneration payment with minimal waste and leakages.

According to findings, out of the over 46,821 ghost workers, one out of every three workers in the audited MDAs were found to be ghosts on the payrolls. Perhaps upon further scrutiny, the figures could have been higher.

GHOST OFFICERS DISCOVERY NOT THE FIRST

Back then, a financial audit carried out by the Ministry of Police Affairs uncovered about 107, 000 ghost officers in the Police and billions lost to fraud by police accountants and pay officers.

The exercise, which started in September 2010, uncovered fraudulent bank accounts through which officers in charge of Mechanised Salary Sections, Police Pay Officers and accountants in all the states of the federation, including the Federal Capital Territory, siphoned funds.

About N6 billion, which would have been stolen by the pay officers and their collaborators in some commercial banks, was recovered within two months.

Data from the budget office show the amount of money expended for personnel cost of police officers in the 42 commands and formation across the country. Personnel cost, as defined in the budget, covers the salaries and wages of officers, coupled with allowances and social contributions.

Kemi Adeousn, Minister of Finance, did not state the span of years they considered to discover the 80,000 ghost officers. But simple analysis shows it was five years.

If the Minister said the staff count of officers in the Police as of February after full integration of the IPPIS was 291,685 and with a gross salary of N22.3 billion monthly as against the 371,800 police officers with a gross count of N23.4 billion, then it means about N1.2 billion was siphoned by unknown persons monthly, making N14 billion in a year.

So, on the average, if N14 billion was siphoned yearly, simple calculation shows that the sum of N72 billion went into the pocket of officers who didn’t work but got paid for five years, which may be difficult to trace.

Going forward, the question that should be asked is: now that 80,000 ghost officers have been discovered, what will happen to the excess funds from the personnel cost of police officers already incorporated in the 2018 budget?