The Nigerian Immigration Service (NIS) says Sylvester Ngwuta, suspended Justice of the Supreme Court deceived it into issuing him two similar standard international passports in contravention of the immigration Act.

Ngwuta was among the seven senior justices whose houses were raided by operatives of the Department of State Services (DSS) in October 2016.

Multiple travel passports were alleged to have been recovered from his house, as well as huge sums of money in local and foreign currencies.

He was initially arraigned in November 2016 before Justice John Tsoho of the Federal High Court, Abuja, on a 16-count charge bordering on corruption, abuse of office and breaches of the Immigration Act.

The charges were later reduced to 12 counts in March 2017, and later increased to 13 counts in May.

At the resumption of hearing on Friday, Tanko Kutana, a senior immigration officer, who is also one of the prosecution witnesses, told the court that Ngwuta had deposed to an affidavit to support his claims that he misplaced his old passport.

Kutana said the NIS was not in a position to doubt the claim and subsequently issued Ngwuta a new passport, based on the strength of the affidavit.

“My Lord, the new passport was issued to Justice Ngwuta by the Immigration Service, having been convinced that he actually lost the first one,” Kutana said.

“The service replaced the lost passport because it had no cause to doubt the affidavit evidence deposed to by the defendant when he reported the loss of the document.”

However, Kutana said the service was taken aback to discover that the defendant was using the two passports stamped with visas simultaneously.

“The forensic report shows that the defendant, Ngwuta, was using the two standard passports interchangeably, at the time of his arrest on October 7, 2016 by the operatives of the Department of State Service.

“We would not have been here if the defendant had returned the recovered passport to the service when he found it,” Kutana said, adding that the action violated immigration law.

He said it was outright illegality to have and use two standard passports with similar registration number interchangeably.

Kutana confirmed that four diplomatic passports and two standard passports were found in Ngwuta’s possession, but he said none of the six documents were forged.

“I did the analysis on the six passports to determine whether there was forgery and by the time I concluded my analysis of the passports I found no evidence of forgery in any of them,” he said.

Kutana also agreed that there could be circumstances under which a citizen may have more than one passport, but it did not include having two similar ones as was the case with Ngwuta.

Section 1, sub-section 1(a) of the Immigration Act (2015) states: “A person who has, holds or is in unauthorised possession of more than one valid standard Nigerian Passport … commits an offence and is liable on conviction to imprisonment for a term of ten years or a fine of Two Million Naira or both.”

After a cross-examination of the witness, Justice Tsoho adjourned the case to October 20 for continuation of hearing. 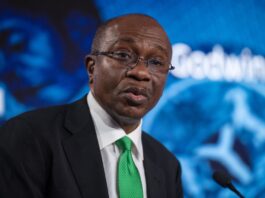 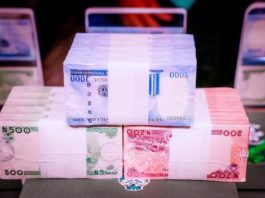 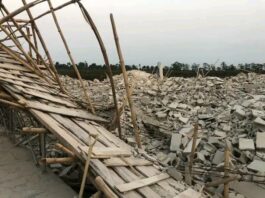