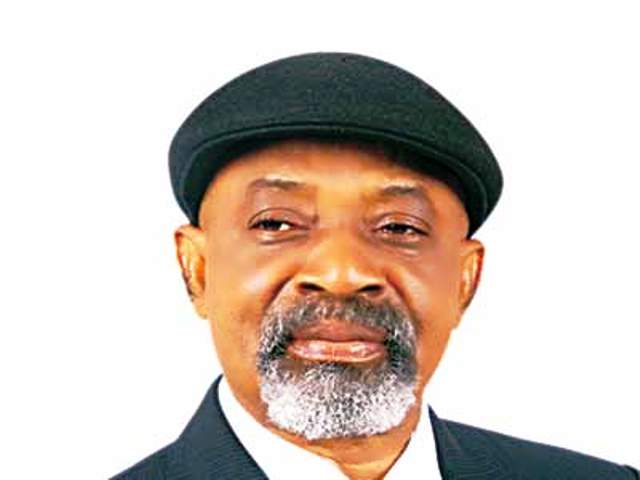 PRESIDENT Muhammadu Buhari-led Federal Government has met all the demands of Nigeria’s striking doctors but the doctors will not receive salaries for the period they were on strike, Minister of Labour and Employment Chris Ngige has said.

Ngige stated this on a video shared by Channels TV on Monday.

Most local media outlets which reported the story claimed he addressed State House Correspondents in Abuja, but they didn’t indicate the day he made the address.

The minister, in the video, boasted that the government applied similar ‘no work, no pay’ measure against the Academic Staff Union of Universities (ASUU), whose members  scaled down their activities for six months in 2020 over unmet demands, and the Joint Health Sector Unions (JOHESU) that took similar action in 2018.

“Other workers have lost their pay during strike. The Joint Health Workers Union (JOHESU) lost their pay in 2018 when they went on a four-month strike. They lost two or three months of their pay when the ‘no work, no pay’ rule was invoked.

“Academic Staff Union of Universities (ASUU), the ‘no work, no pay’ applied to them. Nobody paid them anything for six months. It was during COVID,” he said.

JOHESU had given the government a 15-day strike notice over unmet demands at the weekend, a move that could fully ground services in all public hospitals in the country.

Since NARD embarked on strike on August 2, only JOHESU and consultant doctors have been providing services at public tertiary hospitals, including some facilities owned by states, amidst the third wave of COVID-19, cholera and other diseases faced by the country.

Ngige had threatened to sack the striking doctors, but Buhari overruled him and ordered him to meet with the doctors.

Ngige said he discussed the state of the health care system and the industrial dispute by NARD with Buhari.

“Out of their 12-point issues raised in their demands, we have done all. We have come to an agreement on all, including those that concern the Medical and Dental Consultants Association of Nigeria and the medical doctors who are in the academics and teaching in the universities.

“We have handled all. The only point of the agreement now is that the agreement, the memorandum of actions, the government should insert, include that Section 43 of the Trade Dispute Act should not apply to them. That section says that when a worker withdraws his services from his employer, the employer is at liberty to withhold payment of emolument to him.

“The ILO principles at work on strike says you can use that money to pay other people you have engaged in that particular period of strike. So, you have the right to strike; your employer also has the right to withhold your emolument.”

He alleged that workers overseas would not expect their employers to pay them during the period they refused to work.

The Federal Government had dragged the doctors to the National Industrial Court in August after a meeting Ngige held with leaderships of doctors’ bodies in the country failed to produce a positive outcome.

But Ngige said in the video that the government would withdraw the case if the doctors returned to work.

Meanwhile, the minister revealed that the government struggled to recover an undisclosed amount of money it wrongly paid to 588 doctors in 2020.

The money was for medical residency training.

Though Ngige vowed the government would not pay NARD, the group’s President Uyilawa Okhuaihesuyi told The ICIR that the doctors would not resume work until the government met all their demands, including payment of their salary during the period they were on strike.

He confirmed that the government had not paid his members working in federal tertiary hospitals.