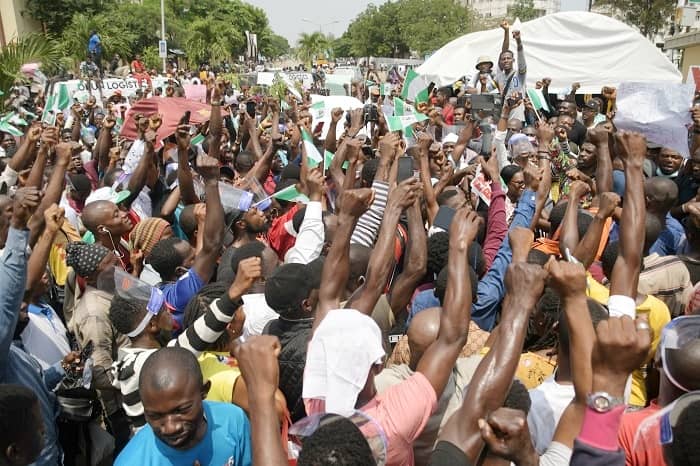 SOCIAL media users in Nigeria are in for troubled times with the introduction of a ‘cyberwarfare’ component in this year’s edition of the Nigerian Army’s annual Operation Crocodile Smile.

Operation Crocodile Smile, an annual military exercise conducted by the Nigerian Army since 2015, will commence on October 20 and end on December 31.

The Operation, this year, will feature cyberwarfare exercises which, according to the Army, was designed to identify, track and counter negative propaganda in social media and across cyberspace.‎

It will be the first time the Army will include cyber warfare exercise in the Operation, which usually involves patrols, deployment of checkpoints, surveillance and general security-beef-up in parts of the country.

Already, there are concerns that Operation Crocodile Smile is targeted at the ‎ongoing #EndSARS protests across the country but the Army has said there are no link‎s between the protests aimed at putting a stop to police brutality and the timing of the operation.

But, in response to enquiries by the ICIR, the military authorities have shed further light on the ‘cyberwarfare’ exercise which will take-off across the country on Tuesday, as part of Operation Crocodile Smile.

‎Acting Director of Army Public Relations, Col. Sagir Musa, ‎told our correspondent on Monday, October 19, that the cyberwarfare exercise is mostly aimed at combating ‘fake news’ and other socio-economic crimes associated with the cyberspace. ‎

“It is aimed at enhancing the peace and security of Nigeria and its citizens,” Musa said.

Asked how the army intends to go about the cyberwarfare, Musa explained that the Cyberwarfare Command of the Nigerian Armed Forces will detect and neutralise fake news and also tackle other criminal activities that are perpetrated through the Internet.

According to him, the Army would be more concerned with fake news that undermines Nigeria’s security.

“Fake news that have the capacity to breach the security of Nigeria will be acted upon by the Cyberwarfare Command of the Nigerian Army,” he said.

Individuals, or groups, who are found to be peddling fake news through any of the social media platforms would be arrested and prosecuted.

Going by Musa’s explanations, the Army will not only detect and neutralise fake news, it will also go after those behind the fake news reports.

The Army spokesman said, “The people behind the fake news will be handed over to the necessary agency for prosecution.”

The introduction of the cyberwarfare exercise in this year’s Operation Crocodile Smile is coming on the heels of earlier attempts made by the Nigerian government to introduce legislation against fake news in the country.

‎The infamous Social Media Bill, officially known as the Protection from Internet Falsehood and Manipulation and for other related matters bill 2019,‎ which proposed ‎steep fines or jail time for spreading what the government deems as fake news‎, was widely opposed by Nigerians who feared that it could lead to censorship and a crackdown on dissent.‎

‎The proposed legislation sought to give government regulatory control over conversations on social media platforms‎, and individuals whose posts are thought to threaten national security or diminish public confidence in the government could be arrested. Authorities could also cut the Internet access of those that violate the regulation.‎
‎
Although supporters of the Social Media Bill said it was meant to protect Nigerians from misinformation that threaten national security, those who opposed the proposed legislation argued that it would muzzle free speech.‎
‎
Penalties for breaking the social media law, according to the draft bill, include a fine of up to ₦300,000 or three years imprisonment for individuals and ₦10 million for corporate organisations.‎
‎
‎The Nigerian government’s fear of ‘fake news’ was further highlighted in a recent lecture where Information Minister, Lai Mohammed, canvassed a national policy on social media usage‎, and also made a case for a campaign against fake news as an aspect of the national security programme.

‎Mohammed said the topic of the lecture – ‘Fake News, Hate Speech and National Security in Nigeria’ – which he delivered at the National Defence College‎, in Abuja, on October 15, was informed by “what we are facing in Nigeria at the moment”.
‎
He added, “‎Social Media platforms are now the preferred medium for reaching millions of people with whatever ideas, including subversive or anarchic ideas, hence it is the platform of choice for the purveyors of fake news and hate speech. The advent of the Internet as well as the introduction of smart phones have democratized access to and dissemination of information in a very profound way. Anybody with a smartphone and data can access the Internet and disseminate whatever he or she feels like from his or her comfort zones.”

Quoting a report by a Social Media marketing platform, Hootsuite, which was published by Pulseng in August 2019, Mohammed noted that Nigerians spend an average period of about three hours 17 minutes on the Social Media each day, which is higher than the global average of three hours 14 minutes.

The report also noted that WhatsApp is the most active social media platform in Nigeria, with 85 percent of users, followed by Facebook with 78 percent. Instagram is third with 57 percent while Youtube is fourth with 53 percent.

‎”The fact that the Internet is unrestrained and the absence of a policy or Act of Parliament to regulate its use, at least for communication purposes, makes the platforms susceptible to abuse,” the minister said while observing that “willful circulation of fake news can put the lives of the citizens in danger and put the very existence of a nation in jeopardy‎”.

Interestingly, Mohammed had, in the lecture also noted that‎ “Originally conceived as protection against military attack, national security is now widely understood to include non-military dimensions, including the security from terrorism, minimization of crime, economic security, energy security, environmental security, food security, cyber-security, etc.‎”
‎
The submissions made by Mohammed in the October 15 lecture at the National Defence College, and the announcement by the Army that the Operation Crocodile Smile would feature a cyberwarfare exercise, suggests that the Federal Government is becoming increasingly concerned over what is going on on the social media in the country.

The statement released by the Army to announce the commencement of Operation Crocodile Smile had said, “The Exercise is deliberately intended to be all-encompassing to include cyberwarfare exercises designed to identify, track and counter negative propaganda in the social media and across the cyberspace.”

‎While the military authorities have said that the Operation is not targeted at the #EndSARS campaign, mass movements against government policies are usually mobilised through social media, and most times involve the broadcast of unverified, viral messages which the government might deem to be fake news.

The military operation is also likely to involve a clampdown on all manner of cybercrimes, including fraud, going‎ by Musa’s explanation that the Army’s Cyberwarfare Command would also act on socio-economic crimes associated with the cyberspace.

Internet fraud, popularly known as ‘Yahoo Yahoo’, is one of the most ‎common socio-economic criminal activities associated with the cyberspace in Nigeria. Before it was disbanded, the Special Anti-Robbery Squad (SARS) of the Nigeria Police Force was known to go after suspected Internet fraudsters, or ‘Yahoo boys’.

At the moment, it is not yet clear how the Army intends to go about the operation against ‎socio-economic criminal activities associated with the cyberspace‎, including Internet fraud.

But Musa stressed that the Cyberwarfare Command of the Nigerian Army has the capacity to undertake the exercise.

The ‎cyberwarfare exercise‎ in this year’s Operation Crocodile Smile ‎is the first of its kind to be conducted in the history of African armed forces, according to the Nigerian Army.

The operation will also include a positive identification component aimed at identifying Boko Haram terrorists fleeing from the North-East and other parts of the country as a result of the ongoing operations in the various theatres of operations especially in the North-East, North Central and North Western parts of Nigeria.
‎