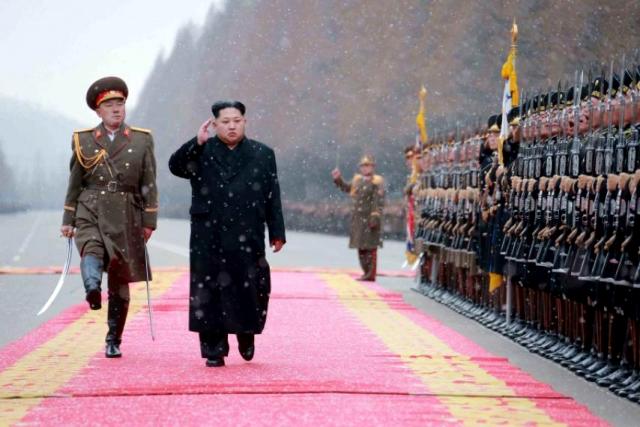 North Korea has said it will end its tests of nuclear weapons and intercontinental ballistic missiles, and shut down its nuclear test site, in a dramatic development ahead of a much-anticipated meeting between its leader, Kim Jong-un, and Donald Trump.

The Guardian UK reports that the suspensions went into immediate effect on Saturday, according to state-run KCNA news agency.

The US president greeted the news in a tweet: “This is very good news for North Korea and the World – big progress!”

The news comes less than a week before Kim meets the South Korean president, Moon Jae-in, for a summit in the demilitarised zone that divides the peninsula.

South Korea’s presidential office welcomed the announcement as “meaningful progress” towards denuclearisation. “It will create a very positive environment for the success of the upcoming inter-Korean and North-US summits,” said a statement.

The move goes some way towards meeting US demands for denuclearisation, as Pyongyang and Washington work towards agreement on when and where Kim will meet Trump for historic talks that barely seemed possible just a few months ago.

KCNA quoted Kim as saying that North Korea should focus on economic development now that it had achieved its aim of becoming a nuclear state. “The whole party and the whole nation should now focus on the development of the socialist economy,” he was quoted as saying. “This is the party’s new strategic policy line.”

He added: “A fresh climate of detente and peace is being created on the Korean peninsula and the region, and dramatic changes are being made in the international political landscape.”

The decision to suspend nuclear tests and missile launches came at a plenary meeting of the ruling party’s central committee, which had convened on Friday to discuss a “new stage” of policies – prompting speculation that the regime would move towards denuclearisation.

Kim told the meeting that the North’s development of nuclear weapons should be seen as a “great victory”.

“As the weaponisation of nuclear weapons has been verified, it is not necessary for us to conduct any more nuclear tests or test launches of mid- and long-range missiles or ICBMs. The northern nuclear test site has completed its mission,” he added, according to KCNA.

North Korea has conducted all six of its nuclear tests at Punggye-ri test site in the country’s north-east. It tested its first nuclear weapon in 2006, while its last and most powerful test came last September.