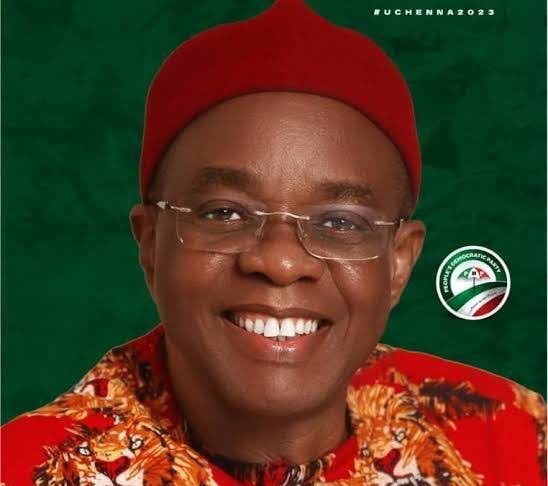 Ikonne’s death was announced in a statement by his son, Chikezie Uche-Ikonne, on Wednesday.

The younger Ikonne said his father died after a brief illness at the National Hospital, Abuja, on Wednesday, January 25.

“I regret to announce the death of my dear father, Prof Eleazar Uchenna Ikonne, who died at the National Hospital Abuja today January 2023, 25, by 4 am after a brief illness,” he said.

“He was recovering after taking proper treatment in the United Kingdom but relapsed a few days ago leading to multiple cardiac arrests from which he didn’t recover from.”

He noted that further details and arrangements for his burial would be made known to the public after deliberations and meetings are made within the family.

Until his death, Ikonne was a optometrist and politician. He was the the 7th Substantive Vice- Chancellor of the Abia State University and the former Rector, Abia State Polytechnic, Aba.

He attended Ngwa High School in Aba of Abia State. He proceeded to study Optometry at the Manila Central University, Philippines. He obtained a Master’s degree in Hospital Administration at St. Jude College, Philippines.

He later obtained a Doctor of Philosophy degree in Environmental Health Science from Abia State University.

He started his career as a consulting optometrist at the Park Lane General Hospital, Enugu in 1985.

In 1993, Prof. Ikonne became a member of the Optometrists and Dispensing Opticians Registration Board of Nigeria and the Chairman of the Education Committee.

He later joined Abia State University, Uturu as a lecturer.

During his career at Abia State University, Uchenna Ikonne held some key positions in the University including, Head, Department of Optometry, Director, Institute for Distance Education, acting Dean, Faculty of Health Sciences, Deputy Provost, College of Medicine & Health Sciences of the institution.

Ikonne was the Chairman, Disciplinary Committee and Vice-Chairman, Optometrists and Dispensing Opticians Registration Board of Nigeria in 2007 and 2009 respectively.