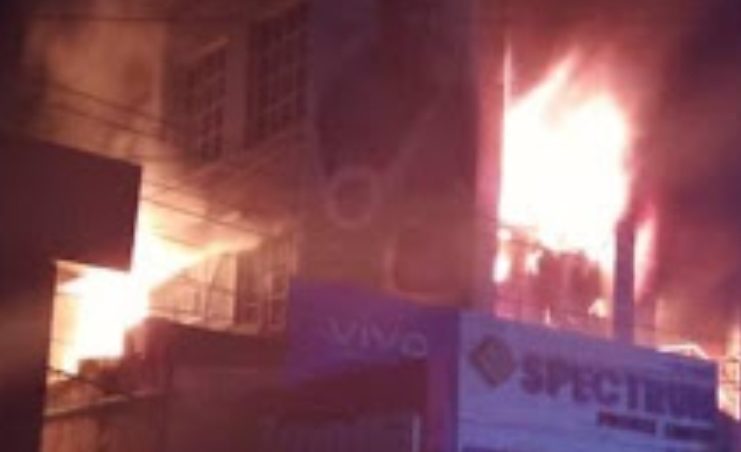 THE Police in Lagos have confirmed a fire outbreak at the popular Computer Village, Ikeja, Lagos.

Properties worth millions of naira were destroyed in the fire incident at 18 Otigba Street.

The fire, which began in the early hours of Monday, engulfed a shopping complex, destroying goods and valuables.

FCT Police ban use of fireworks

Confirming the incident, Spokesperson of the Lagos State Police Command Adekunle Ajisebutu said officers were drafted to protect the scene.

“There was a fire incident at 18, Otigba Street, Computer Village, Ikeja, early hour of today. The fire engulfed a shopping complex. As soon as the report was received, firefighters were contacted, and they arrived immediately.” Ajisebutu said.

“The fire has been put out successfully. No life was lost in the incident. However, valuable property, which estimates are not yet known were destroyed. Cause of the fire outbreak not yet known. Investigation ongoing.

“As soon as the report was received, firefighters were contacted, and they arrived immediately.”

He said the fire had been put out successfully, and no life was lost in the incident.

However, he acknowledged that properties whose estimates were not yet known were destroyed in the inferno.

As of the time of filing this report, the cause of the fire outbreak was yet unknown.