Policeman To Die By Hanging For Killing 20-Year-Old 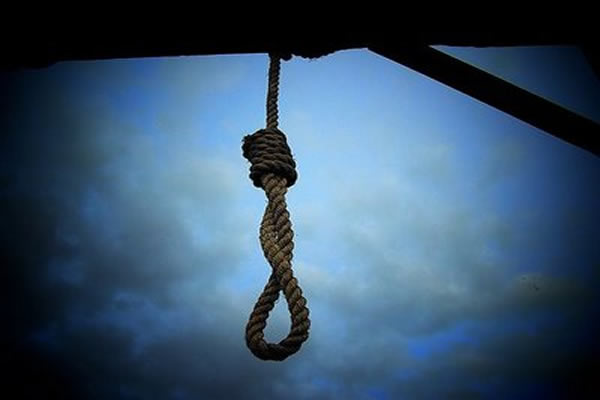 A policeman, Mathew Egheghe, attached to the Bayelsa State Police Command is to die by hanging for killing a 20-year-old man, Victor Emmanuel.

Egheghe shot Emmanuel at a checkpoint on Sani Abacha Expressway, Yenagoa on October 16, 2011.

After a protracted legal battle spear-headed by the mother of the deceased, Grace, and human rights activists, a Bayelsa High Court in Nembe found Egheghe guilty of murder.

The court, presided over by Justice Lucky Boufili, however, discharged and acquitted two other men who were also charged with the offence.

The two men, Lucky Oberemelu and John Imeh, were acquitted by the judge for failure of the prosecution to directly link them with the murder.

Boufili held that the bullets that eventually killed Emmanuel were fired by Egheghe.

“The pathologist certified the cause of death to multiple gunshot injuries,” he said, adding that five of the bullets hit the deceased in the head.

The judge gave the sentence after listening to pleas for leniency from Egheghe’s counsel.

“I have listened to the pleas of the defence counsel but the second accused person deserved a sentence to die by hanging,” he said.

In another development, a mobile police officer in Bayelsa State has been shot to death in error by a member of the Nigerian Security and Civil Defence Corps, NSCDC, during a shoot-out with armed robbers in Yenagoa.

The Police public relations officer in the state, Alex Akhigbe, who confirmed the incident, described the death of the policeman an unfortunate.

“They were colleagues attached to the state special security outfit known as Operation Door Akpor.

The police received a distress call on Monday night that armed robbers had attacked a popular petrol station at Edepie Roundabout in the state capital.

“When the patrol team got there, the robbers opened fire on sighting the police van. So, there was a shoot-out and in the process, the NSCDC personnel mistakenly shot his patrol team colleague,” Akhigbe said.