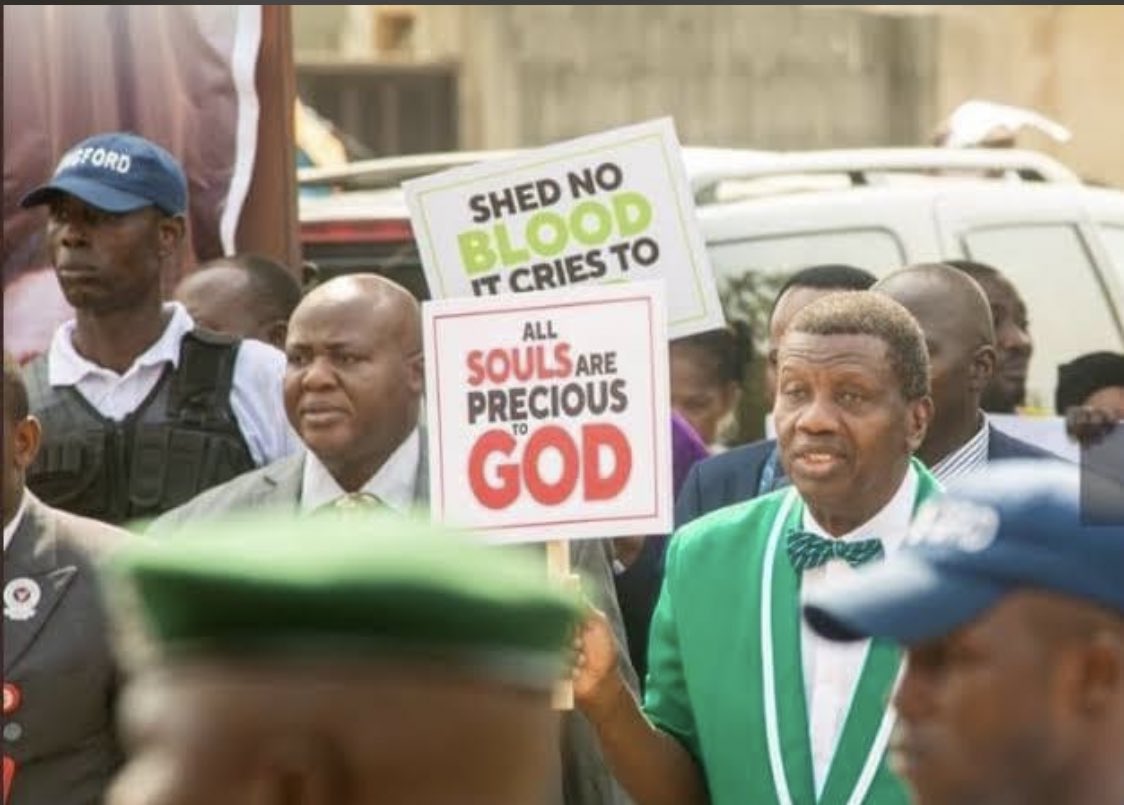 ENOCH Adeboye, the General Overseer of the Redeemed Christian Church of God (RCCG), has declared his support and that of the church for the ongoing protest to end police brutality in the country.

Adeboye,who shared the position of the church on his Twitter account on Wednesday evening said he was in support of the protest by the youths.

“Our daughters will not be able to prophesy and young men will not see visions if we don’t keep them alive. I support the youths in this peaceful protest as they ‘speak up’ to #EndPoliceBrutality #EndSARS #ENDSWAT,” he said.

This was as the RCCG also in a statement signed by Johnson Odesola, its Assistant General Overseer in charge of administration and personnel, said it identifies with the protest and therefore called for an immediate end to police brutality in the country

“The Redeemed Christian Church of God identifies with Nigerians presently protesting against police brutality and the abuse of power by the very institution established to protect them,” the statement read.

“The church declares its understanding and appreciation of the concerns and grievances of the youths and the generality of Nigerians and calls for an immediate end to police brutality in the country.”

While noting that many innocent lives have been lost through unnecessary brutality and wrong application of force, the church called on the government to not only restructure the police but to also re-orientate the officers towards modern ways of policing.

The church said it noted the establishment of SWAT, a new tactical team of the police that will replace the disbanded SARS, it advised that the government must not allow SWAT to be a case of new wine in old baskets.

“The church welcomes the disbandment of the SARS, and notes the establishment of a new outfit called the Special Weapons and Tactics Team (SWAT) but advises that it should not become a case of old wine in a new bottle.”

RCCG reiterated its call on the government to take urgent steps to tackle the rising rate of unemployment, decay in the nation’s educational system, and the general harsh economic situation in the country.

However, the church also called on the protesting youths to exercise restraint as they “express their grievances within the confines of what God and the law of the land allows.”

Despite video evidence, Sanwo-Olu says no death occured at Lekki tollgate during…