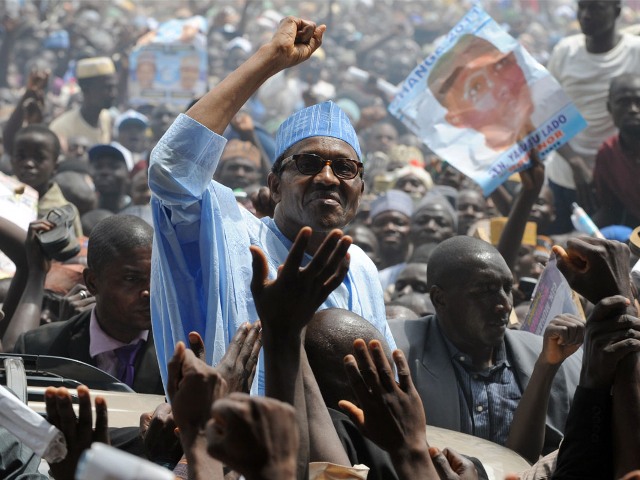 
MUHAMMADU Buhari took oath of office as the President of Nigeria exactly three years ago, after a campaign obsessed  by the sense of obligation to   kill corruption.

“We have to because there are serious citizens of this country that say unless Nigeria kills corruption, corruption will kill Nigeria,” Buhari told Christiane Amanpour, CNN’s anchor, in an interview few weeks to the March 28 presidential elections in 2015.

”If we don’t kill corruption this corruption will kill us. If you make a mistake of voting the PDP I assure you, you will regret it”, Buhari told his supporters few days to the election at a rally in Liberation Stadium in Port Harcourt, the Rivers State capital.

Fighting corruption was Buhari’s mantra, his unique selling proposition during the marathon campaign for presidency.   And the narrative worked. Buhari defeated Goodluck Jonathan, the incumbent president, an outcome that shocked political pundits including Cambridge Analytica, the British data firm that attempted to de-market Buhari candidacy.

Buhari has always flaunted anti-corruption as his overriding leadership achievement, dating back to his time as the military head of state between 1983 and 1985. He has consistently maintained that he was overthrown as a military ruler because of his uncompromising stance against corruption.

Three years down the line, how has Buhari defeated his much vaunted promise to end corruption?A quick answer can be found in the 2017 Corruption Perceptions Index by the Transparency International that ranked Nigeria 148 out of 180 countries. Nigeria was ranked 136 out of 176 countries in 2016, an indication that corruption, contrary to Buhari’s expectation, is not dying yet.

BUHARI SCORES HIMSELF A VICTORY

But the president has chosen to ignore the report critical of his performance. Speaking at the commissioning of the new office complex for the Economic and Financial Crimes Commission (EFCC) earlier this month in Abuja, Buhari said he had made “very conscious decisions” in the fight against corruption.

He referred to “trillions” of naira that have been recovered from corrupt Nigerians, adding that his government had made “significant progress” in the fight against corruption. “Corrupt officials would be brought to justice no matter how long it takes,” he said.

Ibrahim Magu, the acting Chairman of EFCC who was appointed by Buhari in 2015, said the commission recorded 486 convictions since he assumed office.

Magu also disclosed that the Commission recovered N500 billion which has been either remitted to the federation account or returned to individuals whose monies were stolen.

The whistle-blower policy by Buhari administration has led to landmark recovering of stolen funds, including, $43.5 million, £27,800 and N23.2 million at No. 16 Osborne Road, Flat 7B Osborne Towers in Ikoyi, Lagos. A total of $9.2 Million and 750,000 pounds were found in the Kaduna residence of former Group Managing Director of the Nigerian National Petroleum Corporation, NNPC, Andrew Yakubu, according to EFCC’s record.

WHO ARE THE CONVICTED?

While the number of convictions seems impressive, Buhari’s critics believe the convicts are mostly insignificant kleptomaniacs. There is no high profile conviction except  for Joseph Nwobike, a Senior Advocate of Nigeria (SAN), who  was sentenced to one month for attempting to pervert the course of justice by transferring money into the bank account of a serving federal judge.

According to the EFCC, N47.2 Billion and $487.5 Million in cash and properties have so far been traced to Diezani Alison-Madueke, former Minister of Petroleum Resources. Despite this astonishing revelation by the EFCC, Alison-Madueke has not been convicted of corruption. She has been living in the United Kingdom where she has been allegedly receiving treatment for cancer and facing money laundering charges.

Sambo Dasuki, former National Security Adviser (NSA) was accused of mismanaging and embezzling $2.1 billion security fund. Although Dasuki has been in detention for possession of illegal firearms, he has not been convicted of the crime or the alleged corruption. Rather, the Federal Government had disobeyed the bail granted to him by the court.

All other high profile officials of the past administration have not been convicted, including Patience Jonathan, the wife of the former president. The EFCC has seized millions of dollars and property from the ex-first lady but she has not been formally charged with a crime by the Commission.

Lai Mohammed, Minister of Information, released in April a list of 23 individuals who have allegedly looted from the country’s treasury, after initially releasing the names of six people. Although the accused persons have not been convicted and some of them are still facing trials, they are all in the main opposition party.

Last week, the President lamented that a former president (Olusegun Obasanjo) spent $16 billion on power sector without any improvement on power supply.

Nigerians have been questioning  the President why he failed to prosecute the ex-president whom he alleged of looting so much.

Buhari has been accused of bias in his fight against corruption and has been using the anti-corruption posture to witch-hunt the opposition. This allegation of bias seems credible because the president has particularly looked away from the corruption nesting in his own cabinet.

Rotimi Amaechi, the Minister of Transport, was indicted for corruption by Rivers State Judicial Commission of Inquiry, and the white paper by the state government demanded his immediate prosecution. He was the former governor of the state and the director of Buhari’s campaign organisation. EFCC is yet to invite the former governor for questioning over the allegation.

Kayode Fayemi, Minister of Solid Minerals and the current gubernatorial candidate of APC in the Ekiti State’s governorship election, was indicted of corruption by the Judicial Commission of Inquiry set up by the state’s government. Like Amaechi, Fayemi was not invited by the EFCC over the allegation.

Isah Misau, Senator representing Bauchi Central in the National Assembly, among other things alleged that police officer pay as much as N2.5 million to the Police Service Commission for special promotion and posting. Rather than investigate the allegation, the Office of the Attorney General of the Federation and Minister of Justice filed two sets of charges against the senator.

Tukur Buratai, Chief of Army Staff, was linked to two luxury property in Dubai which, according to media report, he could not have been able to afford from his salaries in the military. He later claimed that the property was bought by his family. EFCC did not investigate this allegation.

Babachir Lawal, Buhari’s former appointee as Secretary to Government of the Federation, who was eventually sacked for an alleged embezzlement of the fund for the welfare of internally displaced persons in the northeast part of the country has not been prosecuted by the EFCC.

Recently, it was revealed that Kemi Adeosun, Minister of Finance, illegally released N10 billion for the National Assembly despite the N125billion appropriated for the federal legislature in the 2017 fiscal year for recurrent and capital expenditures. The EFCC and the Federal Government have not taken any action over this allegation.

Buhari’s inability to prosecute alleged corrupt people in his government gives the impression that he has only been targeting the opposition in the anti-corruption campaign. If the President cannot fight corruption within his own government, it is unlikely he will kill corruption in Nigeria.