Senate Disagree Over Proposal To Share Powers With Executive 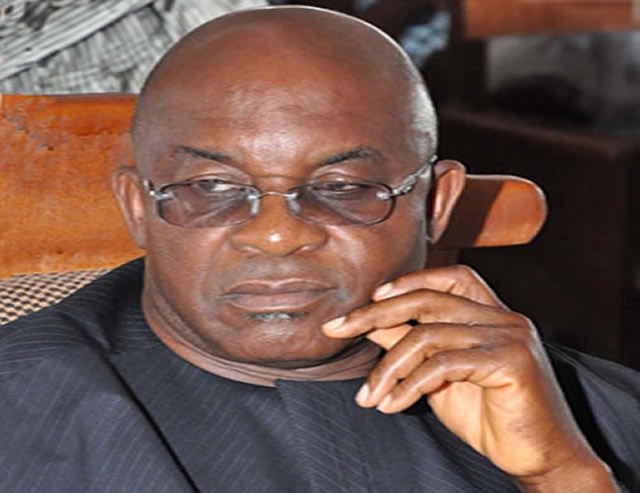 The Senate was on Wednesday divided over the proposed amendment seeking to insert a clause to grant the President the power to initiate process for fashioning out a new constitution.

A heated debate broke out when the Senate Constitution Review Committee presented its report containing the Fourth Alteration Bill which seeks to further alter the provisions of the 1999 Constitution.

The committee chairman and Deputy Senate President, Ike Ekweremadu, said the request for an amendment to Section 3 (b) of Clause 2 of the Bill which deals with how a new constitution can be processed was pertinent as it will take care of Nigeria’s future needs for drafting a new Constitution.

Ekweremadu explained that the new clause would now create an option such that either the National Assembly or the President can initiate the process for a new Constitution.

Supporting his position, the Deputy Senate Leader, Abdul Ningi, also a member of the Committee, said the clause was inserted to satisfy the yearnings of Nigerians and urged members not to view the proposal as an attempt by the current administration to use the outcome of the on-going National Conference for tenure elongation.

“Our findings show that there is clamour by Nigerians that the Constitution is not made by Nigerians. So, we decided to come up with a provision for creation of a brand new Constitution. We thought it should not be a single monopoly of the National Assembly to initiate a new Constitution. So, we brought in the President,” he told the House.

Another senator, James Manager, from Delta State observed that it was okay for the President to initiate the re-writing of a new Constitution by forwarding it to the National Assembly as an executive proposal.

He said that re-writing the Constitution could be initiated by the National Assembly and a member of the executive in the rank of the President.

A senator from Adamawa State, Tukur Bello, who also backed the committee’s report, said it was the timing that created suspicion in the minds of the opposing senators.

“I support the proposal. The only problem is probably the timing, other than that there is no problem with the proposal. The timing is what is creating the fears, especially, considering the on-going National Conference,” he observed.

Earlier in the week, delegates to the confab were of divergent opinions on the effectiveness of the 1999 Constitution (as amended), but came to a conclusion that the conference lacked powers to initiate such a document.

But opposing the proposal, Odion Ugbesia, a senator from Edo State described the clause as “superfluous” because there are existing provisions for amendment of the Constitution.

“This proposal is superfluous because we don’t need a new Constitution. There are adequate provisions for amendment of the Constitution.” Ugbesia said.

Victor Lar, from Plateau State also argued that the existing provision should not be tampered with; saying the power to initiate a new Constitution was the exclusive right of the National Assembly.

“The National Assembly should exercise the sovereignty which is vested in it by the people as their elected representatives. We should not be in a hurry. We should leave this Constitution as it,” he stated.

Also against the report were Ahmed Lawal, from Yobe State and Kabiru Marafa from Zamfara State, who said the insertion of theclause  would make the National Assembly become “redundant”, thereby losing its relevance.

Lawal argued that it would amount to diluting the powers of the National Assembly adding, “we should not allow it else we may run into Constitutional confusion”.

“We should be careful not to make a law that will make us lose our powers and become an ineffective body. There are fears and mistrust by many Nigerians that the National Conference is seeking to create a window for its resolutions to be imposed on the National Assembly,” Marafa said.

Besides the Bill, the committee’s report also proposed the inclusion of past Senate Presidents and Speakers of House of Representatives as members of the Council of States.

It also seeks to empower the Independent National Electoral Commission, INEC, to de-register any political party that fails to win presidential, governorship, chairmanship of local government areas or a seat in the National/State Assembly.

The report also wants to confer exclusive jurisdiction on the Federal High Court for trial of offences arising from the violation of the provisions of the Electoral Act.

Senate President David Mark announced that the senators would vote on the amendment proposals on April .

“Your argument is not to impress anybody, but to convince others to see or support your position. Each of you is expected to vote on Wednesday and any position that enjoys the majority of votes would carry the day,” Mark said

Lawan’s Senate and the 1999 Constitution

‘To sell our oil’, Nigeria should do everything to frustrate sale of…

Senate calls for upgrade,decongestion and disinfection of…