Court Declares Freedom of Information Act Applicable In All States 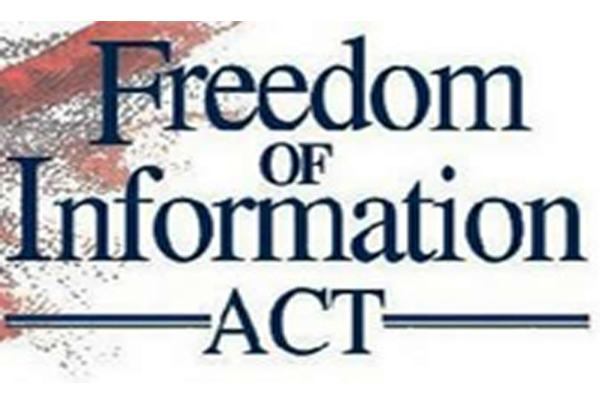 In a landmark decision that might have far reaching impact on transparency in governance in Nigeria, a Federal High Court sitting in Enugu on Monday ruled that the Freedom of Information Act, FOIA, is applicable in all states of the federation.

The ruling was given by Justice D. V. Agishi, who presided over a matter brought by the Civil Liberties Organisation, CLO, against the Enugu State health commissioner, George Eze.

The CLO through its Southeast zonal director, Olu Omotayo, had asked the court for an order mandating the commissioner to disclose records and documents in respect of the contract awarded for the building and completion of the Diagnostics Center, Enugu, located at Old Trade Complex, Abakiliki road.

It further prayed for a declaration that the failure of the commissioner to supply the records and documents in respect of the contact was wrongful and contrary to the provisions of Clause 2, 4 and 8(5) of the Freedom of Information Act 2011.

The CLO went to court when its FOIA request for the said information was denied.

However, in its defence, the state government had argued that it has no obligation under FOIA to provide the information sought as Enugu State was yet to adopt the Act or enact same as its’ laws.

The State also said that the Federal High Court lacked jurisdiction to entertain the suit.

But the judge stressed that just like the Economic and Financial Crimes Commission, EFCC Act, among others; the FOI Act is applicable across all states of the country and that all public officers are subject to it.

Agishi also held that the court has jurisdiction to entertain the matter and that nothing in the interpretation clause of the Act robbed it of jurisdiction under the FOI Act 2011.

The applicability of the FOI Act in the states had been a contentious one that has generated cases in the courts. For example, the Lagos State is still battling the Social – Economic Accountability Project, SERAP, over a request made for public information.

The transparency advocacy group had made a FOIA request seeking information on a $90 million loan it got from the World Bank to improve on education infrastructure which was declined.

In a case instituted at a Federal High Court in Lagos, the Lagos State Attorney General, Ade Ipaye, deposed in an affidavit that the state was not bound by the provisions of FOIA because it is a federal legislation.

The counter affidavit of the state government read in part:

“The public records of Lagos State Government are generated and kept by various ministries, departments, agencies and personnel of the state government in execution of their functions and responsibility in the service of the state.

“Such state government agencies and personnel are statutorily created or regulated by laws of the state House of Assembly and the handling of public records has serious security implications which are routinely handled by rules established by the state government.”