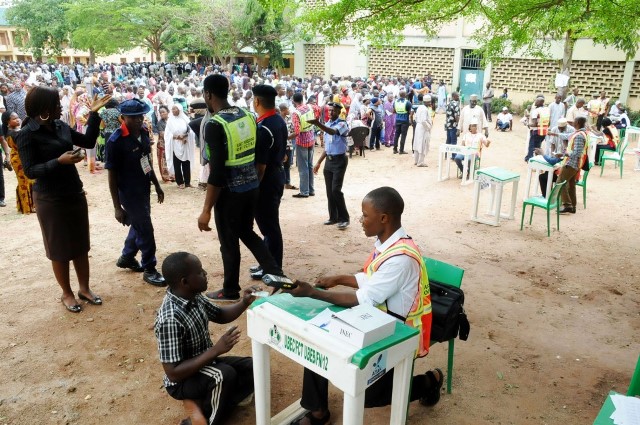 The Independent National Electoral Commission, INEC, has fixed December 10 for the National and State Assembly re-run elections in Rivers State.

This is following a threat issued by the Nigerian senate to suspend sitting if INEC does not conclude the Rivers re-run election on or before December 10.

In apparent reaction to the Senate threat, INEC released a statement on Thursday announcing the new date for the election.

The statement which was signed by the Secretary to the commission, Augusta Ogakwu, also showed that the commission had also fixed December 3 to conduct election for the vacant Ifako/Ijaiye seat of Lagos State in the House of Representatives.

The seat became vacant after the death of Adewale Oluwatayo, the member who represented the constituency in the House.

According to the statement, the commission will also conclude rescheduled councillorship polls in some area councils in the Federal Capital Territory, FCT, on the same date.

The statement read: “After months of intensive planning and wide consultations, the Independent National Electoral Commission on Thursday approved the conduct of Lagos’ House of Representative election on Saturday, Dec 3, 2016.

“Rivers National Assembly (Senate and House of Representatives) and State House of Assembly elections (will hold) on Saturday, December 10, 2016.”

Earlier on Thursday, INEC spokesman, Nick Dazang, had explained that the inability of INEC to conduct the Rivers re-run election had been due to insecurity in the state.

He said that it was unfortunate that in spite of the commission’s readiness for the elections, some stakeholders in the state had remained uncooperative, not helping to create peaceful environment needed for conduct of the exercise.

Dazang pointed out that INEC had planned to conclude all suspended elections before the governorship elections in Edo and Ondo states in September and November, respectively.

“This was however truncated by the spate of violence particularly in Rivers and the inflammatory rhetoric of some stakeholders,” he said.