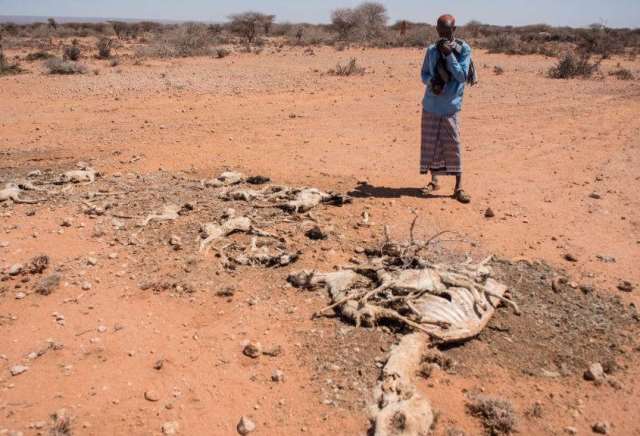 Somali President Mohamed Abdullahi Farmajo has declared a state of disaster as the Horn of Africa nation struggles with a severe drought and food crisis.

According to the United Nations, the crisis in Somalia threatens 6.2 million people, more than half the population. Conditions are driest in the north.

Last week, U.N. aid agencies warned there is only a two-month window to avert a catastrophe in Somalia.

Speaking at a conference on drought response Tuesday in Mogadishu, Farmajo appealed to the international community and Somali groups to scale up emergency aid programs.

“We must provide immediate and potential assistance to avert wide spread starvation and death. I appeal to all donors to provide the necessary fund for immediate and emergency assistance,” the president said.A 2011 famine in Somalia killed an estimated 260,000 people.

The World Health Organization says the current drought conditions are also causing the spread of disease. It says that since early January, more than 6,000 cases of cholera have been reported, as well as more than 2,500 cases of suspected measles.

The United Nations has launched $825 million appeal for Somalia to cover the first half of 2017.Somalia is one of several East African countries dealing with drought and food shortages, along with South Sudan, Kenya, Tanzania and Mozambique.

Also, the United Nations predicted that North East Nigeria could experience famine due to the lingering issue of Boko Haram insurgency.

The UN says farmers in the North East region have not been able to go to their farmlands which has resulted in severe shortage of food.

Chat us on WhatsApp
Advertisement
Previous articleFor 2nd Year Running, No African Leader Is Worthy Of The Mo Ibrahim Award
Next articleNigeria Is In State Of Emergency, Soludo, Utomi Cry Out, Want Nnamdi  Kanu Released