AFTER Friday morning re-arrest of journalist and convener of #RevolutionNow, Omoyele Sowore by operatives of the Department of State Services (DSS), Professor Wole Soyinka has asked President Muhammadu Buhari to call the DSS to order.

“It has become imperative and urgent to send this message to President-General Buhari: Rein in your wild dogs of disobedience, Soyinka said in a letter that came out just about 24hours he wrote a similar one cautioning on disobedience of court orders by the Federal Government and its agents.

“And for a start, get a trainer to teach them some basic court manners,” Soyinka noted in the letter where he described the DSS operatives as ‘wild dogs. 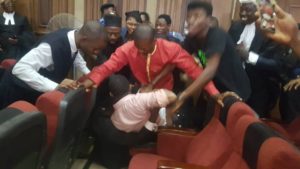 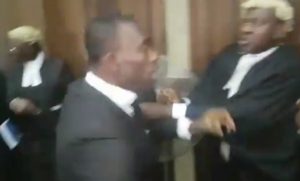 He titled his letter “Lessons from the African wild dog (Lycaeon Pictus).”

The Nobel Laureate said he had underestimated the DSS in his first letter in which he raised the alarm over the penchant of the Services to disobey court orders.

“I apologize for underestimating the DSS capacity for the unthinkable. I reiterate the nation’s concern, indeed alarm, about the escalating degradation of the judiciary through multiple means, of which disobedience of court orders is fast becoming the norm,” he said.

He, however, cautioned that what is playing out in the country, especially, the manner in which Sowore and his colleague were forcefully arrested in the court premises was an invitation to civil disobedience. 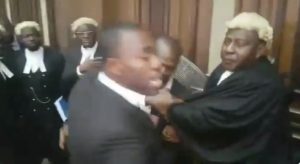 Soyinka said: “May I remind this government that disobedience calls to disobedience, and that disobedience of the orders of the constitutional repository of the moral authority of arbitration – the judiciary – can only lead eventually to a people’s disregard of the authority of other arms of civil society, a state of desperation that is known, recognized and accepted as – civil disobedience. 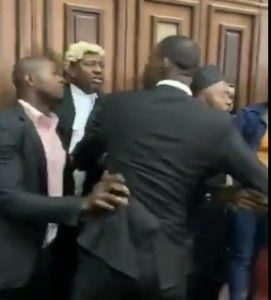 “It is so obvious – state disobedience leads eventually to civil disobedience, piecemeal or through a collective withdrawal of recognition of other structures of authority. That way leads to chaos but – who set it in motion? As is often the case, the state, unquestionably. Such a state bears full responsibility for the ensuing social condition known as anomie.”

Detention of Sowore, others shows pattern of repression by…

SERAP petitions UN over arrest, detention of Sowore, others