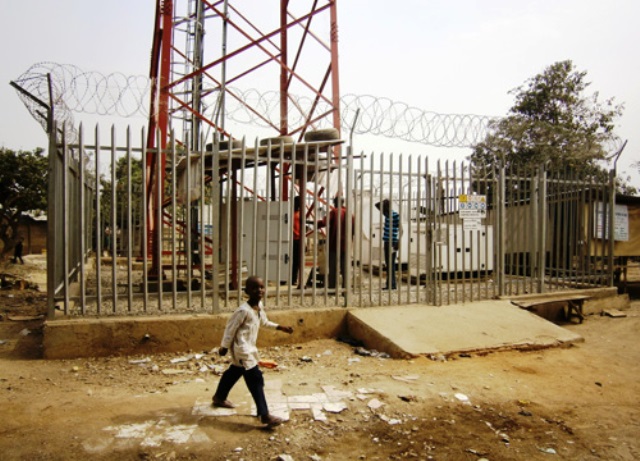 The National Communications Commission, NCC, has announced plans to collaborate with telecommunications companies to rehabilitate communication infrastructures that were destroyed at the height of the Boko Haram insurgency in the North East.

Many areas in Adamawa, Borno and Yobe States have remained cut off from telephone signals for a long time due to the destruction of telecommunication facilities.

But as relative peace returns to majority of these areas, with the Nigerian Army regaining an upper hand against the insurgents, the need to rebuild the destroyed facilities and restore GSM communications has taken centre stage.

Speaking in Maiduguri, the Director General of the NCC, Umar Dambatta,said that the commission was in talks with service providers on how to begin rebuilding the facilities so that the people will be reconnected.

He made the remarks during a ceremony where Information and Communication Technology, ICT, equipment were donated to the Borno State Police Command on Thursday.

“We are working on making GSM work effectively in Borno State and parts of the Northeast destroyed by Boko Haram,” Dambatta who was represented by the Director, Legal and Regulatory Service of the Commission, Hafsat Lawan said.

He noted that the commission was ready to make sacrifices so that the telecoms companies will not bear the burden alone.

On the donations to the Police, the NCC boss said that it was part of the commission’s collaboration with the police to end cybercrime which has dented Nigeria’s international image.

Receiving the items, Borno State Police Commissioner, Damien Chukwu assured that they would be put to proper use.

Chukwu also promised the NCC that the police is ready to provide the needed security whenever the rebuilding of destroyed telecommunications facilities commences.

Why Southern Kaduna Killings Continue – CAN