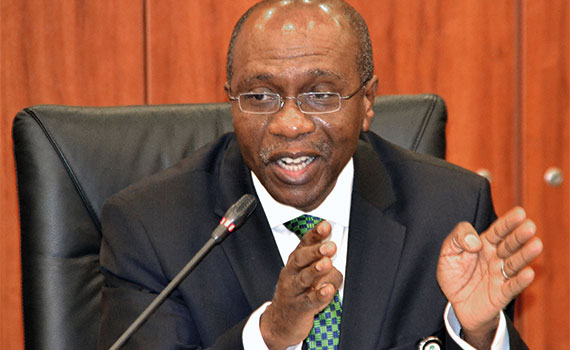 THE Central Bank of Nigeria (CBN) has said the foreign exchange reserves will remain robust and comfortable despite fears and panic resulting from the outbreak of coronavirus disease.

Nigeria’s foreign exchange reserves decreased to $36 billion in February 2020 from $38 billion in January.

As oil prices shrink further by almost 50 per cent and global economy destabilises, the CBN said it is working with the fiscal authorities to properly and accurately dimension the immediate and expected impacts of the coronavirus.

The apex bank on Monday released six policies that would cushion the negative impact of Coronavirus on the Nigerian economy.

The CBN also said it remains able and willing to meet all genuine demand for foreign exchange for a legitimate transaction.

A joint Senate committee was set up and headed by Senator Solomon Adeola, believes this six policies rolled out by the CBN might not be enough to manage the impact of the virus on the economy thereby suggesting devaluing the Naira and removing the subsidy.

Financial Analyst with PIPCC Investments Limited Daniel Ortega spoke with The ICIR and said: “Before the effect of the drop in oil prices begins to ravage us in Nigeria, I think its best we devalue the Naira to serve us as a shock absorber”.

Business Development Officer at Magnartis Portfolios Limited Taju Sesan who also spoke with The ICIR said: “We cannot just begin to shiver and do the wrong thing that would lead us to a catastrophe, devaluing and subsidy removal should not be hurriedly done; there might be implications”.

“This global pandemic is something the world hasn’t witnessed since 1918,” said Pierre Andurand, who runs oil hedge fund Andurand Capital Management LLP. “I do not see how the demand drop wouldn’t be multiples of the drop witnessed during the global financial crisis.”

Andurand estimates that demand could easily drop by 10 million barrels a day in this quarter and even beyond.

During a meeting with President Muhammadu Buhari at the presidential villa on Tuesday, the economic council which was led by Doyin Salami said many countries across the world may go into economic recession.

Goldman Sachs, which runs one of the largest commodity trading businesses on Wall Street, is now forecasting that oil demand will contract globally by more than 4 million barrels a day every month from February to April. Other investors see much larger demand drops in the short term.

The accelerating plunge in oil demand offers a window into the worsening state of the world economy as governments in Europe and the United States impose restraints on social behaviour that stop people spending money and moving around.

Deutsche Lufthansa, the German carrier, said it could reduce its number of flights by as much as 70 per cent in the next few days.

NECO to sanction schools charging above N9,850 for registration

Naira drops to N470 per dollar in parallel market despite…

Emefiele broke the law to freeze accounts of #EndSARS…