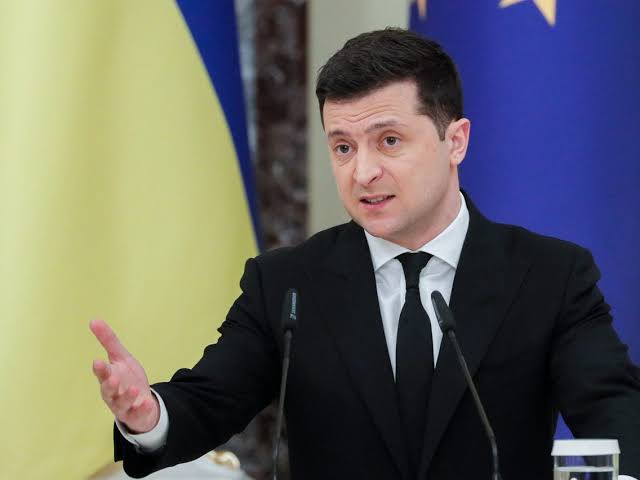 AMID invasion by Russia, the Ukrainian government on Sunday confirmed plans to hold peace talks with Russia.

Russian chief negotiator Vladimir Medinsky told reporters that the planned talks would take place in Gomel region, which is close to the borders of both Russia and Ukraine.

Medinsky, an aide to President Vladimir Putin and former culture minister, added that the parties were now deciding on the logistics and the exact location of the summit, with ‘maximum security’ for the Ukrainians.

“We guarantee that the travel route will be 100 per cent safe. We will be waiting for the Ukrainian delegation,” the Russian chief negotiator said.

The Russian team had earlier arrived in Gomel on Sunday, where it said talks were planned with the Ukrainians.

Kyiv later said it wanted to negotiate on ‘neutral ground,’ arguing that Russian troops were using Belarusian territory to stage attacks on Ukraine. Minsk, however, denied that its forces were participating in the Russian operation.

Ukrainian President Volodymyr Zelenskiy had earlier rejected the Kremlin’s offer of talks in Belarus on Sunday, saying the country was a staging ground for the Russian invasion.

Zelenskiy, however, left the door to negotiations open in other locations. Russia had offered to hold talks with Ukrainian officials in the Belarusian city of Gomel. Belarusian leader Alexander Lukashenko, meanwhile, has called on Kyiv to sit down and hold talks with Russia so that Ukraine would not lose its statehood.

Meanwhile, Women Political Leaders have urged for immediate ceasefire in Ukraine, stressing on the need for peace dialogue.

WPL, a global non-partisan network of women politicians, appealed to the leaders of Iceland to immediately offer an invitation to the presidents of Russia and  the United States to come to Reykjavík and meet in the emblematic Hofdi House, to stabilise world peace.

“WPL believes that Iceland as a country led by women as Prime Minister and as Minister of Foreign Affairs and Defense, is the country that can make the difference as it did in Reykjavík in 1986 when the Presidents of the Soviet Union and the US, Mikhail Gorbachev and Ronald Reagan, met there to end the Cold War.”