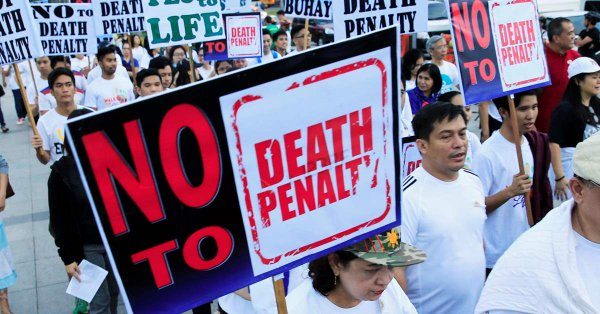 
ANTONIO Guterres,  United Nations Secretary-General (SG), has advocated that every country abolish extreme penalties for offenders, adding that every nation-state needs to abolish the death penalty in their respective justice systems.

“The United Nations advocates for every country, in all circumstances, to abolish this cruellest of punishments,” Guterres said in a video message for the high-level side event on the gender dimensions of the death penalty, which held on Thursday.

“We should all be greatly concerned at the disproportionate and discriminatory application of the death penalty to women.”

Focusing on gender dimensions, Guterres said that it has become a point of worry that women were subjected to ‘disproportionate and discriminatory’ death penalty sentences.

“Research indicates that women, overwhelmingly from fragile socio-economic backgrounds, are sentenced to the death penalty for drug-related offences far more often than men,” he said.

“And as the Special Rapporteur on extrajudicial, summary or arbitrary executions has highlighted, it is rare for domestic abuse to be treated as a mitigating factor during capital sentencing.”

For many women, Guterres said this is a double injustice noting that laws that failed to protect them from domestic abuse were used to prosecute them to the fullest extent.

He further called on countries to set in motion a plan to abolish the law and repeal discriminatory laws.

“I invite you to support our call to States that retain the death penalty to establish an official moratorium, with a view to abolition.

“Pending full abolition, I call on States to ensure that the death penalty is not applied on the basis of discriminatory laws or as a result of arbitrary application of the law,” he said.

Countries like Nigeria are yet to abolish the death penalty from their justice system.

It could be recalled that a Sharia Court in Kano sentenced Shariff Sharifai, a musician to death for blasphemy.

Sharif was convicted to death by  a Kano State Sharia Court for insulting Prophet Muhammed in a song he shared on WhatsApp.

The judgement delivered by Aliyu Kani, the presiding judge of the Kano State Upper Sharia Court has generated criticism from Nigerians but has also gained support from the Kano State Governor and other stakeholders.

In August, Abdullahi Ganduje, the Governor of  Kano State said the State Government has accepted the death penalty on a Kano-based singer, Yahaya Sharif and the verdict would be signed in 30 days.

Similarly, Muslim Lawyers’ Association (MULAN), Kano branch  said there was nothing wrong with the death penalty passed on Sharifai.

“The honourable Judge of Upper Shariah Court Hausawa was right in his judgment in which he convicted and sentenced the accused to death for blasphemy against the holy prophet Muhammad (S.A.W.) without prejudice to the right of appeal of the convict,” MULAN said in the statement sighted by The ICIR.

FACT-CHECK: Is United Nations creating a new country out of…

Winners and losers of COVID-19 pandemic